What is Heroic, Really?

This Lent I fret once again over the Cross of Christ. Was Jesus a hero because he died in crushing agony? The symbol of the cross carries enormous sacred power. And every year I wonder why.

Theological explanations abound—atonement theory, martyrdom, God weeps and suffers with us, Jesus suffers in our stead, suffering is inherently sacred, one death puts an end to the need for sacrificial appeasements to get back right with God, and worst of all, unjust death is satisfactory “ransom” paid to redeem those kidnapped by sin for God’s sake. What?

A line in a movie we just saw leapt out at me: “So I’m a hero because I got my legs blown off?”

Would Jesus cry: “So I’m a hero because I was strapped to a cross and hoisted up to suffocate?”

The movie “Stronger” is about Jeff Bauman who at twenty-seven lost both of his legs to a the bomb explosion at the 2013 Boston Marathon. He was a spectator rooting for his fiancée Erin.  The details of the horrific aftermath were graphic as was the background drama about Bauman’s family struggle with alcohol and his own, his failure to sustain love, his agonizing time in the hospital and rehab, his nightmarish memories of the bomb trauma replayed like torture, his fierce determination to walk again, and finally, his prosthetic legs—awkward but upright. 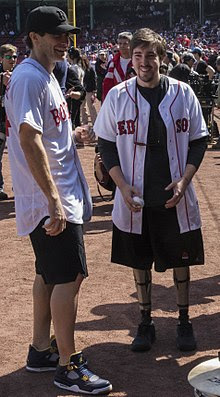 Bauman became an instant hero, pushed and prodded into public appearances before huge crowds at a Bruins game and throwing the ceremonial first pitch at a Red Sox game, not to mention television interviews and the like. The crowds cheered as did his proud family. The elegiac felt unreal to him— like adding further pain. Bauman resisted the pressure and in the end gave in. Did he believe the naive surety of fans who insisted that the Sox won the Series that year because Bauman threw the first pitch? I don’t know. All I know is that he summoned enough energy to throw that pitch, a gesture he’d practiced. He threw small and hunched from his wheelchair on that field.

He asked: “So I’m a hero because I got my legs blown off?”

To Bauman’s question my answer is NO. There is nothing at all heroic about survival itself. Nor is he a hero for his suffering—inevitable consequence of an unforeseeable unpreventable crime.

What IS, or was, heroic?
-Bauman chose life, day after painful day against almighty odds—physical, emotional, mental and relational.
-Bauman’s place of employment, Costco, consistently provided for his well-being with visits, good insurance, and held open his job at the deli counter until he returned to work.
-Bauman, alert enough to spot the bomber, insisted on an interview with the FBI to help them pursue criminal justice. Then he put his energy into his recovery.
-Bauman sought out and was befriended by Carlos Arredondo, the man with the cowboy hat, who had run straight into the fiery scene, beat out the fire in Bauman’s shirt, and stayed with him until help came.
-Bauman and his fiancée Erin weathered the trauma together, including the birth of a daughter, even when their relationship was already irreparably broken and ended in divorce in 2014.
-Bauman  disliked and resisted the force of public pressure but also complied with their need for hope.
-Bauman told his story and chose the title for his memoir and for the film. Stronger doesn’t mean being strong; it means growing into strength—becoming stronger and holding onto hope. That’s heroic.

Hope without measure is heroic wherever it is found.

And Jesus? His death was humiliating, cruel, torturous, unjust, the politics of fear and crowd control, and ignominious in body, mind and soul. I can find nothing heroic or noble in it—nothing. When I reverence the empty wooden cross on Good Friday, I reverence the courage of Jesus’s lifelong convictions and the come-lately efforts of his followers, back then and now, to keep his vision alive.

-Jesus chose life, day after grueling day, just to heal and sometimes to confront fear.
-Jesus  ennobled the poor with hope, telling them that God’s  kingdom was alive and potent within them already.
-Jesus rebuked the political and religious authorities of his day who abused their power and privilege for their own gain.
-Jesus never called himself divine, or the Christ, or the Son of God—or a hero.
-Jesus prayed, seeking to deepen his trust of a power greater than himself alone—and to beg for enough courage and strength to stay the deadly course he chose.
-Jesus rebuked grandiose fantasies in his followers—all of whom, like us, made him a hero for the wrong reasons.
-Jesus pointed to hope in God—over his dead body. Like sports heroes, Jesus wasn’t a hero or a winner because he got wounded, but because he ran the race.That’s enough.
-Jesus never said a word from the Cross, regardless of later Gospel embellishments, except maybe a loud raging wail, and Mama.
-Jesus spawned infinite hope.  So does Bauman.

Hope without measure is heroic wherever it is found.