The Church blasts on about the Epiphany LIGHT of Christ. It’s Candlemas. We bless candles. We light candles. Remember however that shedding light can hurt as well as enlighten. Christ’s light exposes the whole truth and nothing but the truth—the ugly with the lovely, the good with the un-good, the godly with the ungodly.

I picked up one of my liturgist-spouse’s old WORSHIP magazines recently and read the column, “The Amen Corner.” Anthony Ruff, O.S.B. wrote that “liturgical incompetence” is “killing us.”  Ruff, Associate Professor of Theology at St. John’s Abbey, Collegeville, Minnesota, is a gifted teacher of liturgy and music, author, and blogger who calls himself an “accidental activist.” 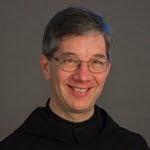 Ruff quotes this report of a priest who went to a summer parish mass on Sunday morning while at a weekend gathering at the beach of 25-30 extended family and friends—all cradle Catholics. Only the priest went off to Mass. No wonder.

“There was no opening hymn, because the organist hadn’t shown up on time. The organ was in the sanctuary, so you could see she wasn’t there, and you could also see when our luck ran out and she did show up (during the homily)   . . .  Nobody sang or even pretended to try, except the organist herself who also served as a kind of Wagnerian cantor (she definitely didn’t need that mike). And she seemed fine with the ‘no one else is singing but me’ part; really, she did.
The lector read the readings in a way that convinced me that he’d never read eyes on them before.
We powered through the  . . . Mass as if the building was on fire. When I returned to my seat from communion, almost the entire section I was seated in was gone.  . . .
At the dismissal, instead of some charge to go in peace and serve the Lord or announce the Gospel, the celebrant says, ‘Don’t forget, at the beach, it’s always Happy Hour.’ Really? Did he just give them permission to start drinking?”
Why would I want any of my dechurched family members to have set aside their various weekend activities to witness this gathering of the Body of Christ? The last place I would want to reintroduce them to worship was this half empty church for  . . . a full miss when it comes to what the Christian community is supposed to be about when it assembles.”

This report is hilarious, incredible, and depressing. Tragically, it is NOT fake news!  Okay, Ruff is Catholic, and okay, it was summer, and yes, okay, there are brilliant exceptions. Nevertheless, Ruff  hit on something diagnostic that ails all churches today: liturgical incompetence. I might call it a lack of liturgical mindfulness. Mindfulness is focus, paying attention. We do it in yoga classes. Do we do that in liturgy?

Episcopalians rush to say that our church is liturgically exceptional, but it’s not. I have been in too many parishes in which mindless things happened, such as:
-the tempo is lickety-split (“powering” through, according to Ruff) as if worship of God were to be measured by clock time, or tee time;
-a reader does not know the difference between  between prophecy (noun) and prophesy (verb), screeching out boldly proclaiming the voice of God calling the prophet to Prophesee! Prophesee!
-Lepers becoming “leapers.” Honestly, it’s happened, making the amazing gospel story of Jesus’s healing ten Leapers quite effective visually. One leapt back to say thanks.
-a young lector either races anxiously through a text, seemingly to show off their reading skills, or drags through it slowly and inaudibly, making the proclamation a secret;
-the POPS (Prayers of the People) being so wordy I forgot the focus, and/or there is absolute silence from the people, save for a parroted response: “Lord, hear our prayer”—proof we can read and obey instructions;
-a reader announcing the Opening CollECT, instead of COllect. We CollECT your money; we pray a COllect
-The Peace, originally instituted as a way for worshipers to share the Peace of Christ with one another, turning into a back fence hug fest of affection, as if it were our own personal greeting, including our own daily news;
-the Holy Eucharist becoming a contest to see who can get to the altar first, gulp a wafer, and race out in pursuit of the “real spread” at coffee hour.

These are pet peeves only, yet in truth, Ruff is right: we need to shed the harsh, illuminative light of Christ on liturgy, helping everyone experience the meaning of what we do and why. What does it tell us about God, ourselves, ritual, and prayer? Be mindful not rigid.

“To be consumed with worry over making a liturgical mistake is the greatest mistake of all. Reverence is a virtue, not a neurosis, and God can take care of [sic] Godself.

Tragic postscript: In 2019, Anthony Ruff was credibly accused of sexual predation by a minor at a summer camp, run by the National Catholic Youth Choir.  The outcome is pending.This makes me feel very sad, but, in my opinion, it neither discredits or demeans Ruff’s scholarship, wisdom, wit, and keen liturgical perspective. His writing still edifies. He does not deserve erasure, only time, prayer, perhaps institutional mindfulness regarding its own roles and rules—and the Light of Christ. 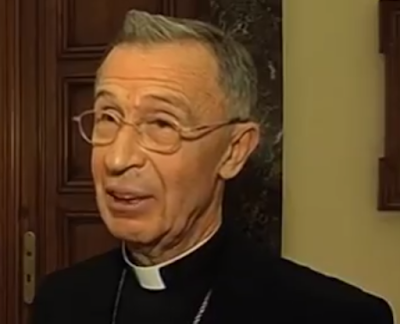