I was meek once.

It happened in a big department store. I was waiting in a very long “Return of Gifts” line some days after Christmas day.  People were pushing and shoving as if they could hasten the coming of the Messiah, or another Santa, take your pick. I waited. I wondered why people returned more than they kept, or some nonsensical koan like that. 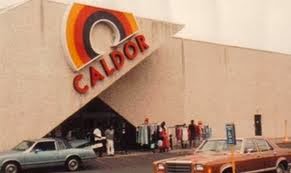 Shopping is hard and finding just the right gift for someone you care about is even harder. But let me tell you, returning is downright arduous.

Without warning, a woman laden with a huge bunch of returnables butted into the line ahead of me with such force I was set off balance. This practice I thought rude, tantamount to doing something socially illegal, not to mention the criminality of assault and battery. Many harsh words flooded my mind as I stepped aside to save myself. The woman’s bulk and her churlish expression warned me against even a polite confrontation. I kept silent and instead stared at the dazzling Christmas decor all around. Christmas was officially twelve days long; this was only day number eleven. I spied a tiny creche scene sitting alone on a counter. God, grant me patience and serenity, forget about courage.

After all, I thought, I’m not in a hurry. Why let her cranky mood contaminate me? All I wanted was a store credit so my daughter could buy her own sweater. I understood her desire for another color but why did I say I’d return the darn sweater? I could have just given her the sales slip, which I’d dutifully saved, just in case. My mother always used to say apologetically as gifts were opened, “You can always return it if it’s not right.” Now here I was doing the returning. Too late to forestall cranky.

As I continued my poor-me litany, resentment seeped in to mock my prayer. So I shifted mental attention to the culture’s crass commercialization of Christmas, worsening my mood.  Jesus, when will this line move along? Calling on the newborn Jesus for help struck me as so hilarious, I laughed out loud.

“What’s so funny?” snapped the overly-packaged woman ahead of me as she turned around. “Oh nothing,” I said. “Just that I’m actually praying to Jesus that this line will move faster.”  “That is pretty dumb. You religious or something?” she said. “As a matter of fact, I am. I’m an Episcopal priest, and let me tell you this line is nothing compared to the centuries-long line I waited in for the church to ordain women.” “What’d you all do to move it along?” she asked. “We got pushy,” I said. “Good for you, sister. Good for you!” I gave her a thumbs up. She didn’t have a hand free to return my sign, this expert in pushiness.

Still, we’d shared good will. It wasn’t exactly love but it touched the soul of Christmas for just a second—strangers coming together, melting their differences, split-second grace, sort of like divinity and humanity becoming one, just for the sake of love. This was not a Christmas gift to return.

Besides getting this line moving I wanted something more, not sure what. I started to hum carols in my head to stave off my creeping uncertainty and longing.

Just then a woman tapped me on the shoulder. Startled, I turned, fearing another assault. She wasn’t even in the interminable line, but she was smiling. I smiled back. It felt almost conspiratorial just to face each other and quietly smile. “My dear, the meek shall inherit the earth,” she said, patted my arm then walked away. I felt oddly small, also confused.

Me? Meek?  I winced. Meek means gentle and soft, but I didn’t want to be a softy, even though Jesus in his famous Sermon on the Mount had designated meekness as a blessing, a source of contentment, enough serenity apparently to qualify the blessed to inherit the whole earth. Who could manage that blessing? I was empowered, a liberated feminist who’d fought to  be a powerful woman and a priest. Not meek. The woman was meek, not me, yet I wondered. Could one be meek and powerful?

That day in line I’d met two women. One stole my place, then applauded my courage; the other conferred meekness upon me. One gift fit just right, the other didn’t quite fit, but, well, I’d take it for Christmas’ sake. And who knows? It was better than eleven pipers piping. I might just inherit the earth one day—meekly of course.

“May I help you?” said the woman behind the counter, which by now felt almost like an altar to me.