A wondrous tweenager I'll call Tweenie  got in a ‘tween-fight with other girls at school. What in the world would girls fight about but boys, or maybe fashion?  These girls were fighting about religion. Excuse me?

One of their number was from an Assembly of God tradition and had very clear ideas about religion. To her, God was Jesus, and you had to be “saved” to get right with God, not to mention the community. My Tweenie, having been less “carefully taught” in the Episcopal tradition, thought that her friend's brand of religion was the stupidest thing she’d ever heard of. The girls got heated in their dispute about salvation and ended up in the Principal’s office. (I bet it was the first time this principal had to arbitrate this kind of an all-girl dispute. Rather refreshing, don’t you think?)

The Principal managed to extract what had happened and to arbitrate some mild reconciliation—with a bonus. Tweenie had said some very nasty things to the “religious freak.” There were witnesses. She was seized with remorse, so much so that she agreed to go to church with her freaky religious friend, at which point her mother called me—worried that her daughter would become a Jesus freak, or some kind of a politically incorrect fundamentalist.

I told Mom not to worry. Worse things than Jesus can happen. She wanted me to talk to her daughter.  I told tweenheart just to go to church and observe. Be curious. I explained about altar calls and told her that God had given her a good mind and heart and trusted her to make her own decision in matters of faith—something like, you don’t have to do anything you don’t want to, though you might feel pressured. I may have said Jesus wasn’t all that bad, but I don’t remember. 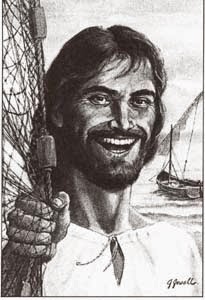 So Tweenie went to church, and of course she came home with an "annunciation": “I am saved!”  Turning to her older sister, she added: “You really should be saved. It would help you a lot.”

Out of the mouths of tweenagers.............   Mom was relieved and told Tweenie she'd go to church with her the next week—good Mom. By the time next week rolled around, "salvation" was out and the mall was in. Annunciation # 2 and #3, just as vociferous, followed: “I am an atheist. I'm thinking about majoring in religious symbolism."

It’s easy to laugh at such innocence. It is quirky and wonderful. But I never scorn sincere confusion about God. You don’t have to be a teen to get confused. Many days I wonder myself.  I just wrote to a friend whose dear friend, a young woman of 45, had finally wasted away and died from cancer and its treatments. I’d met this woman, whom I will call BFF-Beloved, and had been praying like mad for remission. My friend has as many queries about God as Tweenie.

I had no good words except those of my Christian faith in the God of Jesus Christ, by no means an easy-answer religion. And I had the memory of a primary experience of this God I’d met under a table as a very young child who listened to my every word, even the nasty ones, and let me know I mattered. On these two poles I balance, most days precariously, like the spinning plates of a juggler, all my faith and all my doubt.

So I wrote: “I want to hold in my mind my memory of your friend's former vibrant self, which, by my faith, is still there and will be resurrected in God. God, you know, is only a name, a vocabulary word really, for the unfathomable mystery of Love. Most of us know how inefficient love can be, yet it is always effective. And most people believe in the power of love, finite and infinite. You loved well. love, Me"

Tweenie has loved well, too. Now 15, she is about to be a godmother. A GODmother?  I wondered what she’d do about the God she didn’t believe in. Still, she is honored to be chosen and proud to take on this role. Annunciation #4:  "I am now an “agnostic theist.”

Could you do better than that?