Father eternal, ruler of creation,
Spirit of life, which moved ere form was made;
Through the thick darkness covering every nation,
Light to man’s blindness, O be thou our aid:
Thy kingdom come, O Lord Thy will be done.

Races and people, lo! we stand divided,
And sharing not our grief, no joy can share;
By wars and tumults love is mocked derided,
His conquering cross no kingdom wills to bear;
Thy kingdom come, O Lord, Thy will be done.

Envious of heart, blind-eyed, with tongues confounded,
Nation by nation still goes unforgiven;
In wrath and fear, by jealousies surrounded,
Building proud towers which shall no reach to heaven:
Thy kingdom come, O Lord, Thy will be done.

Lust of possessions worketh desolations;
There is no meekness in the sons of earth.
Led by no star the rulers of the nations
Still fail to bring us to the blissful birth.
Thy kingdom come, O Lord, Thy will be done.

How shall we love thee, holy, hidden Being,
If we love not the world which Thou hast made?
O give us brother love for better seeing
Thy word made flesh, and in a manger laid:
Thy kingdom come, O Lord, Thy will be done.

Mostly hymn texts, at least those chosen for congregational use, are consoling, offering hope and joy and moral wisdom, telling incidents from the life of Jesus the Christ, or biblical themes. This hymn text is a fierce forceful prayer. It does not predict but boldly diagnoses a treacherous state of affairs in all earth’s peoples and nations—a spiritual disease brought on by greed, war, wrath, fear, envy, starlessness, lovelessness.

The hymn refrain pleads with the holy hidden Being of many names to inspire us all to love more and hate less, to listen more and talk less, to share grief so joy can also be shared, to trust more, look more and blindfold ourselves less. This is the model of mutual respect and clear-eyed compassion offered by Jesus the Christ and all great spiritual leaders. The refrain prays for this kingdom, this state of affairs. What does it say to you?

Back in the late 1980s and early 1990s, when we worried about threats posed by the Gulf War, I was a priest in a Connecticut parish. I made them sing this hymn every single week for weeks and weeks. People kept saying they got it. People warned me there were military people in the congregation. People told me it was enough. People complained that their children would be upset. People told me they were angry. I knew by their reactions that this hymn stirred people from passivity to passion.

I listened to all of their complaints fears and angers and kept on with the hymn while the war hung over our heads. Why? Because our nation had intervened in a war that would cost many lives and accomplish little. Finally, President George H. W. Bush withdrew our forces from the Gulf War, saying: “This is not a war we can win.” Since then, we have entered and re-entered many unwinnable wars, claiming to be fostering democratic ideals when we were simply trying to “fix” others. It is a strategy that fails over and over, personally and among nations. Anyone in a marriage or intimate relationship knows this.

Laurence Housman (1865-1959), younger brother of poet A.E. Housman, was an Englishman of many talents. He wrote and illustrated books, fiction and non-fiction, and wrote poetry, plays, and also some hymn texts. Politically, he was a pacifist and a socialist. Some of his plays depicted biblical characters on stage—such a scandal. He was also one of the founders of The Men’s League for Women’s Suffrage. Housman’s Christian faith and his politics influenced this hymn text. 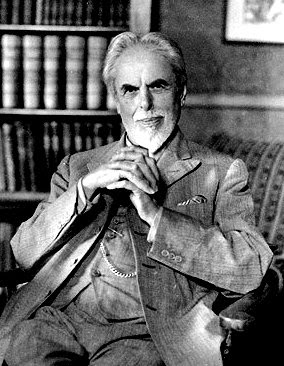 I invite you in this Lenten season of reflection to pray with this hymn text, to take it seriously, to let its spirituality emerge alongside its religion. Trust the presence of God within you as you pray. Read this over more than once, almost as many times as I made those poor people sing it. Notice your own reactions. Jot down your own thoughts and feelings. Write a letter to God with your confessions, needs, fears, and all your feelings. Try not to allow your own politics to ambush you. You are seeking  deep inner spiritual truth in yourself. Let this process be a cleansing. What does it mean to you?
Posted by Lyn G. Brakeman at 2:37 PM 1 comment: