Who's ever heard of Valentinus?  Well, he’s not the saint who invented Valentine’s Day, alas. He’s not very in-the-box famous at all. Which makes him all the more mysteriously intriguing, if not infamous to me— mostly because his gnostic point of view did not win the day, nor the election as Bishop of Rome.  Check it out, he’s not iconically compelling either.

Valentinus was a poet and visionary, born in Egypt about 100 CE. His writings were sequestered in a cave with other ancient Christian and gnostic scrolls in an Egyptian town called Nag Hammadi. By 1945, scholars were flipping and buzzing about the Nag Hammadi discovery and all the sacred texts found there, Valentinus’s among them—a gospel called The Gospel of Truth.

Gnostic texts were considered heretical, mostly because they claimed to have exclusive knowledge (gnosis) about access to divine salvation. They also maintained that God favored only the spiritual world and was hostile to the material world, thus creating a dualism between matter and spirit. This did not do much for the guy Jesus I’d met in the church window who loved children, even at their worst, I was told.

In 1945, I was only seven and in love with myself, my pony, and God, in that order. I’d discovered God in my own little “nag hammadi” cave under a dining room table. As a child I was being a little gnostic, coveting my secret knowledge—also learning that I mattered a lot to a super-parent named God. In time it became clear that secrets, although excitingly powerful, weren’t so good for me. I also learned that all matter mattered to God-Creator—not just me. It was a comedown. Thus ended my gnostic phase.

As to Valentinus, his brand of gnosticism eventually proved worthy of scholarly attention, particularly that of Elaine Pagels, noted for her academic work on the value of gnostic gospels. Pagels challenged patriarchal assumptions about sacred texts. As an adult and a priest, I was challenging patriarchal assumptions about just about everything, particularly the authority of women in the church, the authority of the immanent nature of God, and the idea that the closed canon of scripture meant that there were no other gospels of worth. Bunk!—and more bunk! I have spent most of my adult life rebooting the God I’d met as a child, the God of my gnostic days, the God who gave me my spirituality.

One of the Nag Hammadi texts gives the life-giving energy at Creation a feminine voice:
I am the thought that lives in the light. I live in everyone, and I delve into them all . . . I am she who gradually brought forth everything . . . I am the image of the invisible spirit. . . The mother, the light . . the virgin . . . the womb, and the voice . . . I put breath within all beings.” (Pagels, p 199, Why Religion?)

Meeting Valentinus through Pagels’s work has been thrilling. St. Paul had merely hinted at other gospels, also at hidden wisdom revealed through the Spirit, “ . . .  for the Spirit searches everything, even the depths of God. . .” (I Cor. 2:10) Even the depths of God? If this Spirit searched even God’s own depths then what was there to fear?  I have taken this as my mandate, permission, and invitation to dive into the “secret” mysteries of God, accompanied by this Spirit. Oh yes, I know we can never know God, but that never stopped me from trying. Paul’s words described what I’d experienced under that table: God and I exploring our depths together in lively conversation. Well, I talked and God listened and loved. Thirty-four years later God spoke to me and I listened.

The Gospel of Truth, attributed to Valentinus, is all about relationships and connection. I had grown up thinking, and still wonder, about the Cross of Jesus as being the great separator, something that our liturgies still proclaim: the cross is an instrument of torture, suffered by Jesus, for our sake, our sins, coming perilously close to saying it’s our fault, and we should feel like hell about it—still. The Gospel of Truth, reframes the vision of the cross directly in new language: The cross is a “new tree of knowledge, which unlike the tree in paradise does not bring death but life to those who eat of it.” (Pagels p. 201)

I get so tired of the words of death that continue to enshroud our Eucharist, even though Jesus is supposedly risen and we are to feel joyful and beloved. The words do not suggest that. The Gospel of Truth however suggests that when those who participate in the Eucharist eat the symbolic flesh and blood of Jesus they “discover him in themselves while he discovers themselves in him”. That's powerful truth. This mutuality feeds my body and soul weekly. It brings me back under my table and into my own flesh when I knew God, and God knew me, and we knew each other.

Heed the intimate scriptures of your own heart and intuition. It’s not meant to be private, esoteric, or used to assert superiority over any living matter. It is, however, not provable, replicable, or measurable—inaccessible by scientific methodology.

Paul hints again at this knowing in his speech in Athens, giving a gentle nod to local poets from whom his broad interpretation is derived. Paul refers to God Creator in whom we all are connected: “For in him [sic] we live and move and have our being; as even some of your poets have said, ‘For we too are his [sic] offspring.”  (Acts 17:28) I knew this when I was three, and still know it today. 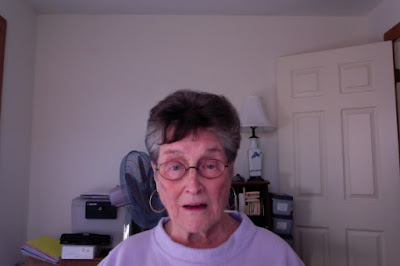 (Those sics are mine, because of course God is never to be corseted into one gender, especially when we’re speaking of the vast expanses of all Creation. Please!)