"To me, poetry is somebody standing up, so to speak, and saying, with as little concealment as possible, what it is for him or her to be on earth at this moment."

Contemporary American poet Galway Kinnell, born in 1927 in Providence, R.I., said this. Kinnell, I first surmised, was Irish—I suppose because of the name Galway, which makes me think of the virtuoso flutist James Galway who is Irish, from Belfast, and sometimes know as “the man with the golden flute.”  Although our Kinnell was a New Englander, ending up in Vermont, where he died in Sheffield in 2015, and in which he was Poet Laureate from 1989-1993.

Kinnell also said: “Never mind. The self is the least of it. Let our scars fall in love.” 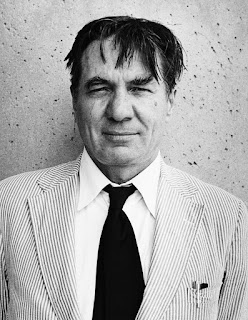 The quote about poetry being someone standing up and saying what it is for him or her to be on earth at this moment brought to mind the biblical story (John 4:5-42) about Jesus and the Samaritan woman at the town pump, so to speak. Jews and Samaritans were arch rivals, having very distinct religious practices. Nevertheless, the Jew and the Samaritan in this biblical story, made a kind of poetry with their theological conversation—debate really.

Jesus stood up with little concealment before a woman from whom he wanted a drink of well water. To her, a foreigner, a divorcée many times over, or perhaps a widow, and a woman whose religion and ethnicity the Jews did not countenance, Jesus revealed who he was on earth at that moment: the Christ of God with access to Eternal Life aka, “living waters,” and the slaking of all thirst forever.

The woman, for her part, likewise stood up with no concealment before Jesus in total honesty about her situation—not precisely sinful by today’s standards, but not exactly stable either, being on her sixth intimate relationship, this time with a man not her husband. Yet she was truthful, open, and theologically astute in her perceptions of this Jew. Jesus took due note.

And the poet takes due note of the loveliness of one of the most maligned creatures in God’s array of critters: the sow. St Francis blessed and beheld ever living thing as sacred. So must we.


Saint Francis And The Sow

The bud
stands for all things,
even for those things that don't flower,
for everything flowers, from within, of self-blessing;
though sometimes it is necessary
to reteach a thing its loveliness,
to put a hand on its brow
of the flower
and retell it in words and in touch
it is lovely
until it flowers again from within, of self-blessing;
as Saint Francis
put his hand on the creased forehead
of the sow, and told her in words and in touch
blessings of earth on the sow, and the sow
began remembering all down her thick length,
from the earthen snout all the way
through the fodder and slops to the spiritual curl of the tail,
from the hard spininess spiked out from the spine
down through the great broken heart
to the blue milken dreaminess spurting and shuddering
from the fourteen teats into the fourteen mouths sucking and blowing beneath
them:
the long, perfect loveliness of sow.