Today is Gillian Brakeman Colbath’s  23rd birthday. I remember how miraculous it felt to be present the day my oldest daughter brought forth her oldest daughter. Potentiation. Creation. Woke!

Dear Gillian, I remember when you were 7 you sang a solo on stage all alone—a song learned at camp: “Down by the River to Pray.” I remember you taking the lead in the play “Annie Junior”—little orphan Annie singing “Maybe” in your brand new red dress with the white sash as she dreamed. And hearing your mature adult voice sing as you played your guitar to the Joplin song: “Me and Bobby McGee.” I got “woke”. Most beautiful precious Gillian, I know one day you will sing your own perfect love song to yourself.  You are beloved. I love you. Grammy. (Photo of Gillian, Grammy and Auntie Jill, also with a wondrous singing voice)

According to biblical story, Jesus and his disciples got “woke” on the Transfiguration Mount; the brightest big-bangiest light they’d ever seen shone on them, and Jesus lit up like a firecracker. Have you ever seen someone light up with insight, song, love, whatever? It’s biblical, honestly.

My “woke” story isn’t as grandly biblical. I was forty, feeling like a mid-life “first-grader” in my first course: The Scriptures of the Old Testament ,at Yale Divinity School in 1978. I didn’t know much about the OT, because, until the advent of the 1979 Book of Common Prayer, readings from the OT happened only at daily Morning and Evening prayer, not at the Sunday Eucharist.

The Old Testament! My adolescent impressions, formed from reading the whole bible in seventh grade (when else?), were that the OT was hot and sexy and murderous. Hence, I could hardly wait to find out more. In seminary it was required, and soon we’d be hearing it every Sunday in church, along with a reading from one of the many epistles, most of them Paul’s, and a gospel reading from the New Testament’s big 4: Matthew, Mark, Luke, and John—specialists in the life of Jesus the Christ.

I sat on the edge of my chair, in a huge lecture hall, my notebook opened out on the pull-up desk, and my pen poised to write down every word I heard. I never wanted to be any place as much as I wanted to be here right now, ready to study God in OT.

The professor entered and mounted the podium. The room hushed.

“In the beginning, God potentiated . . . “ he began in sonorous tones.

I wrote that down. I knew this once-upon-a-time story: God creating to the point of divine ecstasy, every living thing—even mosquitoes.

For big required courses like this one there were weekly lectures and also smaller classes called sections for which we wrote papers, and where we got to ask our questions and discuss. The sections were led by teaching assistants (TAs), usually graduate students earning their keep. That’s when I met Jim Echols. I bet he was younger than me. He was tall and lean with an afro so significant it looked as if it could topple his head. We could call him Jim. I loved his sense of humor, his mild, slightly amused manner, and his willingness to entertain any and all argument, chief among them biblical inerrancy, which most of us, including me, had confused with biblical literalism. I still wonder.

Just last week I read in the Christian Century Magazine that Jim had died at age 67 of complications after a fall at home. You don’t get a big obit in this magazine unless you have some religious clout. I felt sad. Jim Echols helped me get “woke.” I remember him well. 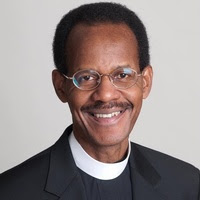 According to his obituary, Jim did accomplish big stuff. He was an ordained Lutheran pastor, a Rev. Dr. no less, and the first African American scholar to serve as the Dean and President of  an Evangelical Lutheran Church of America (ELCA) seminary in Philadelphia, and a retired ELCA pastor, having served many parishes along the way of his career in theological education. Jim grew up in Philadelphia. At Yale he was studying psychology, religion, theology, and the church and culture, earning his PhD among a string of other degrees.

Formation seemed to have been a passion for Jim. He did much work to support and promote high-quality continuing theological education. He would have been a fan of the Education for Ministry (EfM) program in which I have been involved at many levels for 35 years. Another connection I discovered was that Jim, like me, encouraged interfaith relations, helping to create a Center for Christian-Muslim Engagement for Peace and Justice at the Lutheran seminary.

So my fondly-remembered TA in OT was a rock star. A professor emeritus of church and society and urban ministry at Lutheran School of Theology in Chicago where Jim was president from 1997-2011, called him “a giant in the world of theological education . . .who stirred many people of African descent to aspire to be faithful in their service in the church and the world.” I bet I intuited that way back when I was a green seminarian falling in love with OT and getting “woke.”

Dear Jim, I am so proud to have known you for such a short time at the beginning of my own theological education. You helped me love the OT and find the grace of God in the oddest of places. I remember when I wrote my final exam for the OT course, I got carried away and wrote in my little blue exam book:  OT LIVES!!  You added a big red exclamation point right next to mine. Thank you. You helped potentiate me. Call it “woke.”
Posted by Lyn G. Brakeman at 1:45 PM No comments: