My daughter was born on Jan. 13,  at 1:13 a.m., weighing 8 pounds, 13 ounces.  Thirteen is a very good number.  Some say it represents the divine feminine. Here is the 13 girl Bev with her boyfriend Steve. Happy Birthday to you Bev—young, beautiful, and limitlessly beloved. 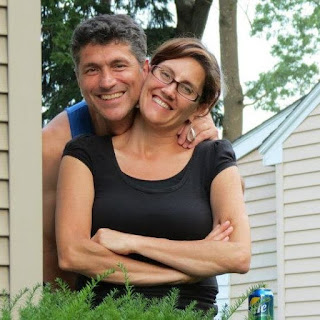 In 1989, the diocese of Massachusetts, against all human odds, elected the Rev. Barbara Clementine Harris as its bishop suffragan.  She is the first woman to be elected bishop in the Episcopal Church. Some people thought it was “the final crisis,” a disaster of apocalyptic proportions. But it wasn’t. It was simply history making progress in the flesh of a small, feisty  African American woman with a passion for justice, and a sense of humor that has peppered the Church with the courage it needs to keep God’s creation alive and well in the Body of Christ.


I lament that no one ever seems to care or count what the Church does to advance the cause of women in leadership, unless that Church is Roman Catholic.  The Episcopal Church is small but mighty, and rarely gets noticed—except for its firsts: Presiding Bishop Katharine Jefferts Schori, first woman in that office, elected in 2006; Bishop Gene Robinson, first openly gay man elected bishop of New Hampshire in 2002; and Bishop Barbara Harris

HOWEVER......on Jeopardy this week, one of the clues under the Women Firsts category mentioned Barbara Harris. We Episcopalians made it to Jeopardy.  And, one of the contestants, a  a young man of Indian descent, knew which Church she represented—and pronounced it correctly!

Here is the Rt. Rev. Barbara C. Harris, bishop, maker of history, and woman of Godde, at a recent General Convention of the Episcopal Church.  Have you ever in your life seen so much PINK on a Church dignitary? 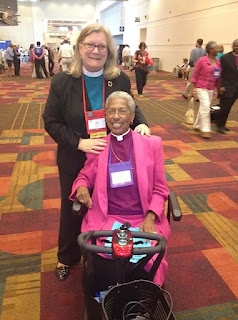 Pink is the new black!