Have you ever been scorned for going against the flow, doing or saying something different from the ways things are going or the way everyone else is behaving? I’m sure most of us have had such an experience.

Yesterday we attended a workshop: Now and At The Hour Of Our Death: Medical Decision Making At The End Of Life. It was led by Episcopal Deacon, Daphne Noyes, and Christine Gryglik, R.N.  I am grateful for the huge packet of resources I came away with. Death is no easy project! There’s lots to do to make sure your dying is, well, sort of in control.

More deeply I’m grateful to feel accompanied by a laughing and loving faith community, all of whom will die. Me too. Just to know you’re not alone is enough to face death with dignity and carry no assumptions about anything,  no matter how many plans you make………..  Oh yes.

When we left I felt disgruntled and irritated and as if I already knew and had done most of this stuff— all sure signs that I was plain scared and pretending not to be. Denial in tow, however, we headed straight to CVS to get flu shots and updates on the latest pneumonia vaccine. It helped. I even wanted a lolly pop to reward my bold effort to grab life for all its worth, which is considerable. 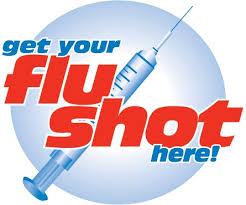 Thanks to the science of physics, about which I know very little,  I know that occasionally something completely random and unpredictable happens to make the word “inevitable” near obsolete.  It make us sit up and take notice. It is when a whirlwind suddenly gets whirled in a new direction—a brief moment when things do swirl back against the flow.

Current popular wisdom consistently advises: Go WITH the flow. I’m lousy at that. I wonder if God makes counter swirls?

The teenager’s room won’t pick itself up, so you do it yourself, out of despairing smoldering rage. It takes less energy than nagging without results. Same thing applies to trying to get someone to stop destroying their life with an addiction. A counter swirl happens when the teen does it herself, without complaint, without being asked and then keeps on doing it week after week. It happens when the addict chooses abstinence, from whatever the substance or behavior of choice is, and can’t tell you precisely how that choice was made. Usually they can cite numbers of factors, none of them governing the exact moment of turning against the expected flow.

Some people call such Mystery moments the grace of God, or a miracle. That’s what my mother called my birth after three miscarriages. I went with the God part and rejected miracle status.

Such events seem to reverse the law of physics which says that energy ever seeks lower levels flowing from more ordered states to disorder, dispersing over time. It’s called entropy and comes form the Greek en (inside) + trope (transformation).

Transformation, ironically, is a powerful and positive word in the field of theology. In the Bible, and other religious scriptures, God is seen as a creative force, a restorer of order, a reverser of entropy from within chaos, often not in ways we can predict. The Christian idea of Resurrection, the transformation of death into new life, is one such example. I rather like it.

Inner transformation, change of heart, is what faithful people seek and pray for, as in the transformation of the inner chaos of addictive disease, mental illness, climate change, patterns of social violence such as we are experiencing right now in America with arbitrary gun violence and deaths of innocent citizens in the absence of laws that would regulate gun purchase and restrict gun use to hunting and sport. Faithful people pray AND write their congressional representatives asking them to craft such legislation.

Think of the image of a whirlwind. Meteorologically, a whirlwind is a complex chaotic system suggesting not pure chaos but rather the turbulent emergence of complexity at the edge of chaos. 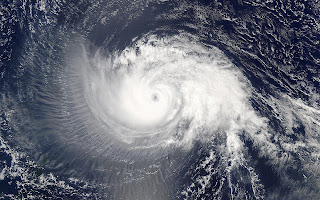 Now think of the story of Job in the Bible. It is a story of Job's suffering, supposedly at the hand of God, but clearly having nothing to do with the sufferer’s integrity, faith or character. Job begs God for answers about his suffering and gets none. He spins in a unidirectional whirlwind of moral, spiritual, emotional, and physical pain—unconsoled and with no answers about his plight and God’s refusal to address his grievance.

And yet………..Job does get something. He gets a strong vision and very strong spiritual experience of the divine presence which speaks to him right out of a whirlwind. In his vision, God escorts Job throughout all Creation, wonder by stunning wonder. Job is awestruck, both by the breadth of the vision, by how little he knows, and by the intimacy of the divine Presence at his side. Job is spun in a new direction and is invited to go on with his life in spite of all his losses. To put it in a mundane way, Job gets an entirely new perspective on life and is freed from his OCD panic. We do not know how or why, just what.

Job’s story is symbolic, yet it is so true to most earthly experience that it feels literal, historic. Job’s story is not just about suffering. It tells us, as does Jesus’s story, that there is a God who speaks out of whirlwinds and makes counter swirls.

Oh Godde, I know you don’t dole out death and illness, but I’m putting in my request anyway for more good years of life—specifically I want my eyesight, most of my hearing, and most of my mind—oh and my fingers to type with.  Intervene with a counter swirl if  you want to. Thanks for listening. Amen.
Posted by Lyn G. Brakeman at 3:39 PM No comments: