On  August 7th one of us will be 80, and the younger and more vulnerable one of us will be 77—snake eyes with sevens! Seven is a spiritual number, traditionally of some magnitude, so we are lucky to have been born on the very same day. Obviously we are not twins, but we are marriage partners.

With the same day of birth we are both Leos! We have roaring leonine moments.

We met first in the driveway of a parish rectory in Maine. No, correction, we first met through a parish profile large parts of which I, the female part of this duo, wrote. It was humorous, even including cartoons and unique. You, the male priest of some years, were intrigued—enough to submit your resumé to an Episcopal parish in Connecticut.

I was on the search committee and not very impressed with your profile. Others, thought you were still young enough (late 30s) to do vigorous youth work. This you listed as a strength, when really it wasn’t your druthers.

The next time we met was on the phone when I called to see if a few members of our committee could pay a visit on Labor Day weekend in 1978. You felt attracted to my voice, something you’ve never been able to explain. Was it timbre, rhythm, my laugh? Did I sound like Greta Garbo or some other siren? Or were you just unconsciously and suddenly caught up into the third heaven, like St. Paul?

Our committee in time interviewed you and elected you the parish rector. It was not unanimous, despite reports to the contrary. Three people voted against you. One later married my sister; one came to be your fan; and the third remained disgusted that your name was Italian and not French

So it went and so it goes. We have been married 31 years now and happily so. The romantic myth of love at first sight is perhaps bullshit, but still, we were both born on August 7. Stars count.

I bet we're one of the few couples who . . .
-resist the temptation to binge-watch Grey’s Anatomy though we do watch it
-rap theology before breakfast
-cry in movie theaters over popcorn
-delight in each other’s preaching, but only if it’s from a pulpit
-fight like lions and purr simultaneously
-communicate like a tornado and a block of granite in love
-agree that “Naked Lunch” is a great thing to act out literally for family charades
-find laughter healing, even at religion, God, theology, Christ, Scripture, and other heavenly hilarities
-love critters as much as stars, the moon, chocolate, and the kindness of people 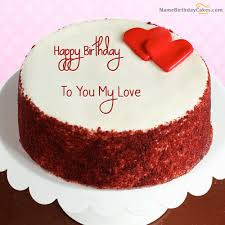