Children have been in the news a lot lately, mostly in horror stories of cruelty at our borders—cruelty that makes my heart quiver. Just this morning in the Boston Globe I read the story of a young teenage girl who jumped to her death from a Massachusetts Turnpike overpass bridge onto the busy highway below. Her young body lay in the breakdown lane last Monday as cars sped by. Her family tracked her cell phone GPS. The final sentence of the piece by Mark Arsenault iced my lifeblood: “And yes, it was early and it had been dark, but it hurt Dean (the father) that nobody had stopped for his baby.”

Lord, have mercy, I prayed—not reasoned but real, and full of fear for our own grandchildren. It took time, some conversation, and a morning in church where a million chants and hymns, holy words and music, lovely food, and tributes to a departing priest both absorbed and converted my fears to gratitude. I think of this odd experience as an answer to a very old prayer—the baby talk of early Christianity: Lord have mercy.

Our “issues”  number 12, 6 boys, 6 girls, ranging from 22 to 4, and some pugs, Louie and Frankie and Olive. We count them as “issue” because their owner, my second daughter, Jill Brakeman, does. They go to work and help their Mama the lawyer, sort out many complicated issues. 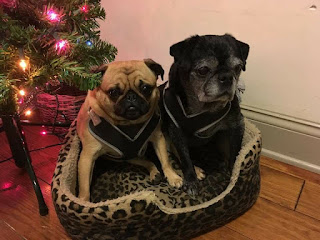 Plenitude and potentiation are words that pop into my mind when I think of children. It’s June and many of our “issues” are blooming.

I believe children are born insistently human, vulnerable, and innocent—not sinful. God is present in every single conception and birth. Christian baptism is the sacramental affirmation of that graced condition. These are Christ’s children of issue.

Our “issues” don’t visit much because they are in the middle of their own “project life.” We don’t visit much, mostly for the same reason. But when there’s a visit there is joy. Facebook has no flesh, but it fills in when visits aren’t possible.

Dick’s youngest child, a daughter, Honor, was just here for a few days with her son Brianjohnson who is thirteen. They are vivacious and full of fun, and Brianjohnson has the biggest laptop I’ve ever seen. It’s keyboard is back-lit in red and there’s a small satanic insignia on the top—Alienware. “I can play games right on the computer. This computer can do that.”  He brims with joy, much deeper than any computer. 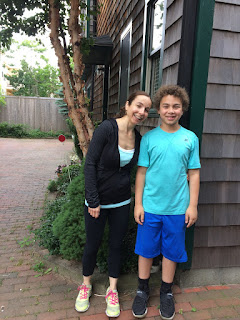 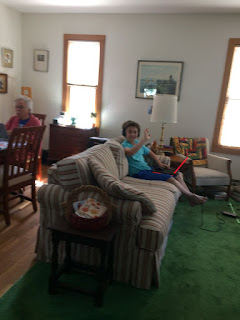 In other June news, Beverley Brakeman, the oldest of our 12, is now officially the new Director of Region 9A of the United Auto Workers, sworn in at their 37th Constitutional Convention. Bev will lead the Connecticut-based region forward in their ongoing advocacy for workers’ rights. Bev has always been a leader. Ask her siblings. Already facing big challenges to her program, she felt normal temptations to split, but she said. “I won’t because good leaders don’t do that.” We couldn’t be in Detroit to cheer Bev and hear her acceptance speech, but I know she received heartfelt and hearty salutations from her members and more than one standing ovation. Her boyfriend and her two daughters and her dad and stepmom all were there. Bev is bringing me a “Team Brakeman” tee shirt. Here she is giving her acceptance speech and with her brother Rob and with Chris Corcoran. 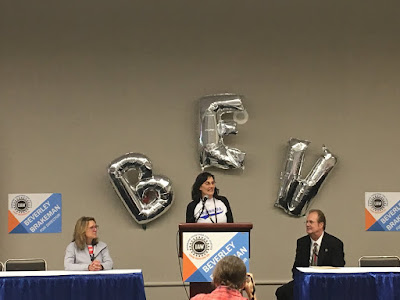 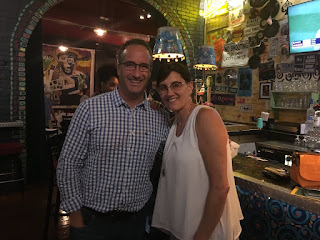 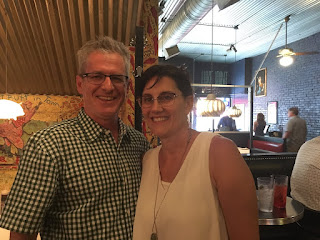 Another brimming-with-pride-and-joy “issue” is Thomas Joseph Simeone (middle) who just graduated from 5th grade. He’s 11 and a serious hockey and baseball player. When he was little he made sure to kiss all his many stuffed animals goodnight. This kid has soul. So does his sister, Lucia, (top) who recently suffered a severe break in her elbow and surgery but plans to strengthen herself so she can return to the sport she so loves. And then there is Harrison, 8, the youngest of these three—solemn and bright-eyed. He’s a kid who could actually run/skitter sideways just after he’d learned to walk. 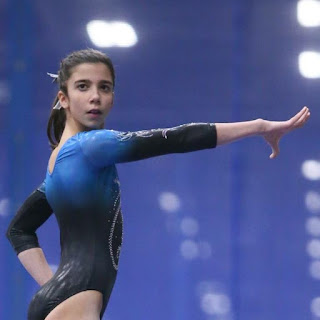 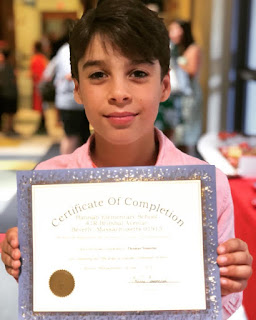 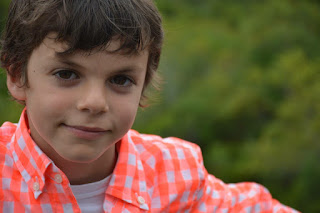 Yesterday we went to a marathon dance recital in which one of our “issues” Eliza Brakeman, 14, danced. She moves with precision and is obviously delighted with this sport of beauty and energy—and community. Dancers, like singers, do not always have solos so they must cooperate in the movement together‚ as one. That is the spirituality of dance.

And here is one happy little boy out for his first ride on Daddy’s (John Brakeman, 47) motorbike. Dylan Brakeman is just four. When the bike started up and moved out, he hollered, “Hey, baby!” 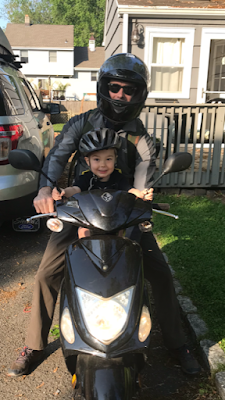 Children of all ages brim over, not just the privileged ones. I’ve seen photos of kids brimming over and laughing even in the midst of squalor and poverty. 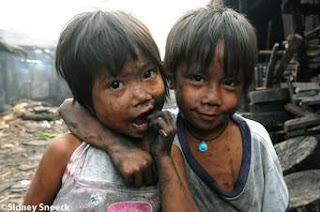 I know I exaggerate and am selective to make my point but I did see happy, poor Palestinian children in a refugee camp in Israel when we visited in 2015. Out of respect I didn’t take any photos. I’ve also seen children happy while terminally ill when I was a chaplain on the pediatric floor of a large city hospital.

All children are children of issue of the one God called Love. And their joyful beauty, against all reason, is contagious—I dare say divine.