It’s Mother’s Day, and so it is!! Reposition the apostrophe and it is Mothers' Day. When mothering types act together, take note and watch out.

Motherhood is a funny thing really. It’s a loaded topic. Many people write about it, critique it, identify changing stereotypes, decide just how it should be enfleshed—womb or no womb—even in men. Most families, created by love or sacrament or law, have a mothering type in them.


At our recent diocesan clergy conference we heard amazing presentations by the Very Rev. Dr. Kelly Brown Douglas, Dean of Episcopal Divinity School at Union Theological Seminary in New York City, and Canon Theologian of Washington National Cathedral. Her topic was “Beyond White Supremacy: Being Church in a Changing America” Douglas is a black woman, a scholar, a powerhouse presence, and a mother. There is much to relate about her presentations. Today I honor her mothering spirituality and priestly vocation of word and sacrament. 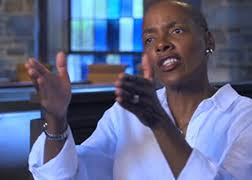 Dr. Douglas’s talks were not simply about racism but focused directly on black bodies and the American culture of anti-blackness and white superiority, implanted from the beginning within the founding narrative of Anglo-Saxon  exceptionalism. It’s in our national genes, transmitted from generation to generation to blacks and whites, fostering mutual suspicion, fear and aggression within a structured power imbalance system tipped against blackness. This condition has also invaded our interpretations of Holy Scriptures and our capacity to discern the work of the God’s expansive creativity without racial assumptions and biases. You’d think Jesus was white!  Douglas had to reassure us a few times that she in fact is still a Christian. I wondered why. But I believed her.

Douglas is also the mother of a son. She mentioned him on and off throughout her passionate discourse. She is a mother daily afraid for her son in this country. She has deliberated sending send him to Africa. She, like all black mothers, daily drilled into her son the basic rules for survival in a world ruled by white authority, privilege, and law. Black mothers drill these rules into their sons—over and over. This is how you will get home safely, son. These Mothers’ Rules are strategies for safety. They focus on street behavior and go far beyond what a white mom might suggest for pubic decorum to her sons—in urgency and impact.  Yes, be careful and don’t be fresh or mug or steal or lie, etc., I, a white mother, would throw off by word and example. Still, a privilege I realized I have had as a white mother is that there’s not the underlying daily terror of being targeted for violence-unto-death FOR NO REASON.  Douglas has spent most of her life trying to figure out why black-skinned people were targeted. The only rational answer is: NOTHING.  The rules must be obeyed anyway.

10 Rules of Survival if Stopped by the Police

1. Be polite and respectful when stopped by the police. Keep your mouth closed.
2. Remember that your goal is to get home safely. If you feel that your rights have been violated, you and your parents have the right to file a formal complaint with your local police jurisdiction.
3. Don’t, under any circumstance, get into an argument with the police.
4. Always remember that anything you say or do can be used against you in court.
5. Keep your hands in plain sight and make sure the police can see your hands at all times.
6. Avoid physical contact with the police. No sudden movements, and keep hands out of your pockets.
7. Do not run, even if you are afraid of the police.
8. Even if you believe that you are innocent, do not resist arrest.
9. Don’t make any statements about the incident until you are able to meet with a lawyer or public defender.
10. Stay calm and remain in control. Watch your words, body language and emotions.

The only rule I might add is don’t wear a hoodie!  Or maybe, DO wear one and hide your hands because they too are black. Maybe wear long pants in all seasons. It gets absurd, but then the situation is ab-surdus—coming from deafness, totally out of tune. American anti-blackness is just that. Tragically, however, these rules are not wildly illogical at all.

I know this seems depressing for Mother’s Day, but it is Mothers’ day. I have never thought about this day as racial. My love and caring for all my children and grandchildren, biological and acquired by love, is intense, and my protective instincts, to the point of defensiveness, are equally great. I confess I worry more about my daughters in this patriarchally-charged American society, but I have never worried about my sons or daughters, because they are white-skinned. Every time a black boy is shot on the streets I know that a mother’s heart is broken. (Also a father’s heart.) I  know as well that some white woman’s heart gets broken too, because her son has been arrested as a perpetrator of racial violence or has been shot himself as a bystander in a melée.

Why are so many Christians silent? Why is this subject not preached more in white churches? Is it in black churches? Statistically, Sunday morning is the most segregated hour in the week. Churches are segregated not by policy, but by racial choice. White people are no more welcome in black churches than blacks are in white churches. A black Episcopal priest and a friend said he felt at a loss about how to communicate all this to his black congregation. He said a white man came to church not long ago and wanted to join the parish. “My people were suspicious. Why is that man here? Who is he?” It felt invasive and so it was. Should it be?

How did we get there and how can we get out?  American statesman, orator, abolitionist leader, and escaped slave, Frederick Douglass wrote in 1845: “Between this land and the Christianity of Christ I recognize the widest of possible difference.” I bet Frederick Douglass still prays from his grave. 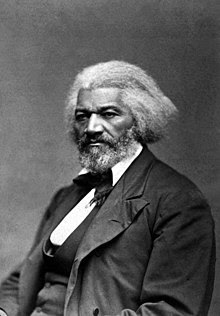 We hear preaching against violence in general, but not so much against white supremacy in our religion, which is, we proclaim, the Way of Love, divine and human, without exception or condition.  Is there something askew in our religion? Has the Biblical witness been used to reinforce the Anglo-Saxon narrative of whiteness as divine? Indeed so.

Both Douglas and Douglass challenge us all to interrogate our history and our dominant narrative. Will we be a country and a church of white exceptionalism or a country and church of liberty and justice and compassionate love for all—in FACT?

Will we be the beloved community envisioned by the Rev. Martin Luther King, Jr. the vision for which he died? Will we be the kingdom of God that Jesus Christ envisioned and died for? Faith is always dangerous and risky. So is life.

What about Mothers Against White Supremacy?