O holy night
the stars are brightly shining
it is the night of our dear Savior’s birth
long lay the world in sin and error pining
till he [Christ] appeared and the soul felt its worth.

I love this hymn, in part because it is quiet and offers a counterpart to the loud confidence of the world, and yes, sometimes the church, thinking itself triumphant. Christians do joy very well at Christmas. We shout out, Hail! and Go tell it! and Gloria in Excelsis!— and much more. These are our favorite songs and stories. I love them, too. The mood soars. My mood soars, too.

Yet . . . do we know what we are saying?  What is Christmas, deep down and really? Is it Easter?

There is nothing more powerful than the vulnerability of a newborn or the suffering of human flesh. Both summon exquisite compassion, divine and human—compassion that can change the world. 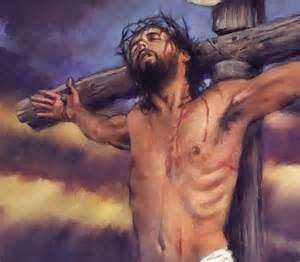 The other reason I love this hymn is that my father loved it and used to sing it in his deep bass voice with dignity and reverence. In fact, he sang it, softly and to his nurse, just a week before he died in 1983 after a short devastating bout with esophageal cancer which left him unable to eat and drink, except by artificial means. When he sang this hymn, something happened. I don’t know what, yet as a child, I thought he was God. I wasn’t that far off.

This year I have been haunted, sometimes annoyed, by one line of this hymn hammering in my brain: Christ appeared and the soul felt its worth. (I replace "he" with "Christ" because, well, "he" is too masculine, too constrictive for the enormity of divine hospitality herein proclaimed.) Over and over, I heard this phrase. Consider it: Christ appeared and the soul felt its worth—felt it, not thought it up. Christmas is a soul feeling its worth, immediate and ultimate, because God takes up residence in mortality. You are divinely human, and all humanity with you. Oh, if only we could ingest and digest this truth.....by God, we'd never harm ourselves or others.

[NOTE: the original text in French, written by Placide Cappeau in 1843, is a carol about Christ's birth, entitled Minuit, Chrétiens. Literally translated it reads: Midnight, Christians, is the solemn hour/When God as man descended unto us/To erase the stain of original sin/And to end the wrath of His Father/The entire world thrills with hope/On this night that gives it a Saviour.]

The line that has caused my heart to have a meltdown comes, not from this French translation but from an 1855 translation by Unitarian minister, John Sullivan Dwight. I prefer the simplicity of Dwight's translation. The essential meaning is intact: rejoice because your flesh is worthy of God's indwelling. My soul does not feel much worth from the 1843 version about God's wrath and original sin-stains.

What is soul-worth? It doesn't mean feeling happy, nor the thrill of a spiritual selfie, nor a blast of confidence or bravura, nor a burst of extraordinary courage or aplomb. Soul-worth is profound; it come from an inner well which nothing can destroy, eradicate, or desiccate—even death itself.

Mystics tell us of direct, unmediated spiritual experience. They do not proclaim a God of wrath or an author of sin so indelible that it requires human sacrifice, even if lovingly offered, to erase it. Julian of Norwich writes: "There is no wrath in God." I wonder why we cling to this notion with such tenacity? Or should I say vengeance?  We love sin, especially the sin of others!

On December 14, 2014, I read in the Boston Globe a good opinion piece by Jennifer Graham, headlined: “Holiday nitpickers deserve coal in their stockings.” She made a good point that Christmas, of all times, was not the time to obsess about facts or clear history, but rather to listen and take in the story, like a work of great art. Swallow it whole.

From Graham’s article I learned, to my amazement, that “O Holy Night” had been banned in France when it was discovered that the composer, Adolphe Adam, was Jewish—just like the babe in the manger, but who would let that secret out in the 19th century? The stated reason for the banning was the song’s “total absence of the spirit of religion.”

The author of the French text was a professed atheist and anticlerical, the composer, Jewish, and the English translator, Unitarian—not exactly star-studded Christians, yet these people understood and communicated the mystery of Christmas within— and beyond —its religious particularity. It seems a supreme irony. Perhaps it is good that Christmas is now a secular holiday, as well as a religious one. Christmas goes beyond Christianity.

It has also been noted that all that “pining in sin and error” was a comment on French politics. Perhaps so, but could the same be said of 21st-century American politics?

In the middle of her editorial, Graham commented that the proper time in the ecclesiastical calendar to obsess about facts would be Easter, not Christmas. “For Christians, everything hangs on the cross, and the Resurrection; nothing hangs on the manger.” My hackles flew up as I raced to my computer to type a letter to the editor, courteous yet firm.

I wrote: “I enjoyed Jennifer Graham's wry humor and her insight about Christmas not being an occasion to obsess about facts ("Holiday nitpickers deserve coal in their stockings," December 14, Ideas.) Graham writes: "For Christians, everything hangs on the cross and Resurrection; nothing hangs on the manger." I would counter that everything, for Christians, hangs on the cross and lies in the manger. It's not by fact but on faith that Divinity dwells in human flesh, even a humble manger.”

There is nothing more powerful than the vulnerability of a newborn or the suffering of human flesh. Both summon exquisite compassion, divine and human—compassion that can change the world.

They didn’t publish my letter, and one could shoot a million theological/historical holes in my abrupt statement, however, the message of both manger and cross hang (great word) on a theological truth that Godde always appears as life abundant—on birthing bed or deathbed. Christmas and Easter live together. Both assure the soul's worth.

When God appears in whatever form, souls feel their worth.