Today is my oldest daughter’s birthday. She is fifty-six years young, looks beautiful as always, and is filled with vigor and passion for justice for all people.

Today is also the day the Christian church remembers the Baptism of Jesus at the hand of his cousin John the Baptizer. Baptism is the day one becomes a Christian—nothing to do with denomination or any particular community. Baptism is belonging to Christ, becoming an initiated followers of Jesus the Christ. When anyone is baptized they are welcomed into a community of faith with powerful promises, some water, the Holy Spirit and a passionate sentence of chrismation, anointing the forehead with oil, saying their name and “. . . you are sealed by the Holy Spirit in Baptism and marked as Christ’s own forever.”  This sacramental ritual carries the weight of thousands of years of tradition, the biblical mandate, a whole community of prayer and support, and just plain sacred beauty. When you are baptized you work for Jesus Christ in whatever you do.

The baptismal job is no cushy or high-paying job. It’s lifelong, serious, risky and grace-filled.    In addition, who wouldn’t want to work for a boss who had a great sense of humor, cried real tears, never gave up on the vision, knew he could not do this alone, and looked roughly like this? 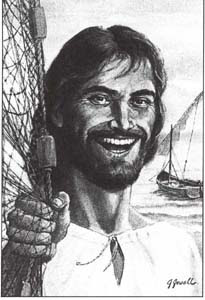 Baptized when she was about five months old, Bev wore a long white, sweeping, dress—elegant. Her small head, covered with heaps of very dark hair, stood out amidst billows of white lace. There is a photo of her in that baptismal dress, somewhere in the annals of years of scrapbooks. I wish I could share it, because it is etched in the eye of my heart.

Bev is fulfilling her baptismal vows. She might laugh at this, since she does not attend church; nor, is she at all certain about God or Christianity. She has, however, always followed the ways of Jesus. She is kind and compassionate and a devoted mother of two daughters. She has navigated painful ups and down in her life with dignity. She works, in every job she has ever had, for justice for all people, gender equality, the rights of the poor, and the working classes.

In my lingo, Bev is most baptismal in her involvement with politics, making sure that the values of the “kingdom” Christ proclaimed are secured on earth as they are in heaven. Why would Jesus speak so strongly and consistently about working to bring about the kingdom of God, if he were not a politician?  “Kingdom” is a political term, lest we forget. The spirit of this kingdom is not constrained by partisan politics, binary absolutes, sexual identity, wealth, religious affiliations, or territorial boundaries. This kingdom calls for us to drop our precious identity labels and work together for the good of the whole. That is good politics. That is also good religion.

I got a clue to Bev’s direction in life from baseball. She wasn’t particularly interested in baseball, but she was interested in being the first girl admitted to play on a local Little League team. She made the team. I went to the games. Bev’s batting skills were sporadic. She struck out, or lucked out with a bad pitcher and walked. But she could run like crazy. Sitting with other gabbing parents, paying attention only when their kids were up, I was startled one evening by the sound of a loud CRACK. It was Bev’s bat. She hit a home run—out of the ball park, as they say. She was so stunned she forgot to run until the coach yelled: RUN!!  There was much applause, cheering, and kudos. I can’t remember if her team won, but that day she won. I cried. I thought then that she’d hit a home run for women’s equality and inclusion. I also learned that she approached life with a combination of curiosity, desire, and caution in about equal proportion—always summoning courage to try new things and keep on swinging. Baseball is a team sport. So is Jesus-work.

Bev’s personality exhibited both toughness and softness—tough on herself and soft on others. Her intelligence and passion for good causes even at a young age remains contagious, likewise her robust sense of humor and agility. Swimming became her sport of choice. Not only is she an excellent swimmer, but swimming has spiritual consolations—trusting the water’s buoyancy to hold you up, and letting it support you. 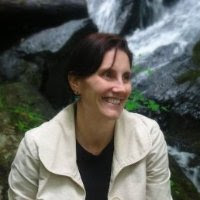 Bev might say I am imposing my perspective onto her life, and perhaps I am. It would be nice if she joined a Christian church community, I suppose. Nevertheless, I see the fruits of baptismal spirituality in her, and I dare say that one does not have to be Christian to be a christ.