Many wise people favor a both/and approach to discernment and wholistic spirituality. BUT in this 2016 election voters must deal with either/or. To sideswipe civic responsibility you can write in whomever you want, or pick a “dark horse” with no odds, or not vote at all. What takes real courage is to face into the discomfort of either/or— and CHOOSE ONE OF TWO.

I voted early with pride, and for once it was not a hard choice for me, because I’m a Christian and a feminist, not to mention being a Democrat.

Jeanette Rankin was sworn into office in the House of Representative as the first woman in Congress, elected 100 years ago this November, 1916—and a Republican from Montana.

Rankin of course surprised the best of ‘em with her strenuous vigor and voice. The American politicians expected a wispy spinster with a delicate voice as they rued the possible loss of the art of profanity they had perfected. 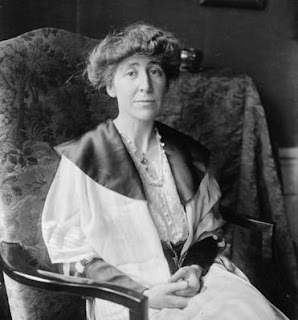 Rankin was everything a woman should “not” be: vocally aggressive, ambitious, and a powerhouse for women’s rights. Rankin was a strident unrelenting pacifist and voted against war no matter what. This stance alarmed even the female suffragists. Does this style sound familiar?

Hillary Clinton is not a pacifist, yet her vote in favor of the Iraq intervention has been singled out for attention and earned her the “hawk” label, scary even to many women. She made a hard choice, demonstrating her capacity to do such a thing as seemed right to her at the time. A hard choice is not a rigid one, but labels stick to women like brands. Even so, consistency isn’t the top quality of a good leader who has to make hard choices in fractious times. The capacity to think and change one's mind is a higher value.

No matter what Rankin said, and no matter what Hillary says, the media and the public pounce on it like a cat on a mouse. Yes, I know they pounce on Donald Trumps’ every word, too. Trump is a spotlight stealer, enabled by a reactive media. He is consistently misogynistic while denying it. This I think is helpful to his female opponent. Front-and-center misogyny forces us all to examine gender politics, which has formerly been submerged beneath lots of persiflage.

There IS a double standard and there IS a glass ceiling for women. 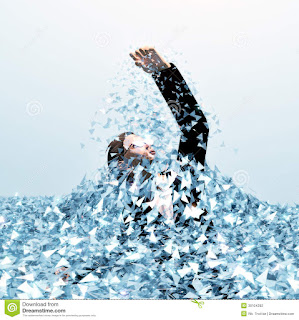 This isn’t a new issue at all but it is now so blatant it can not be ignored. There IS a difference between men and women. Women do bring a different style, a different experience, a different perspective to high public office. These distinctions matter.

Hillary Clinton, for example, notices women and issues that affect their lives intimately. She helped launch the first rape crisis hotline in Arkansas in the mid 1970s. At the UN conference in Beijing in 1995 she declared that “women’s rights are human rights.” As a candidate for president she calls us to work together. That is something women prefer and often do better than men.

In my experience, gender distinctions work the same in religion. Men and women are different, but differences often turn into political disadvantage for women. Women are ordained but not always treated equally. We do not get the best jobs; we are not accorded equal pay for the same work; not all dioceses have enforced minimum pay standards; we are still viewed as anomalous in pulpits in certain areas of the country. And our voices are not regularly consulted, and in some traditions not consulted at all. And to top it all off, God Godself is made masculine—quite thoroughly so.

There is a Facebook site of which I’m a member called Breaking the Episcopal Glass Ceiling. It’s just for Episcopal women clergy. The fact that there is such a site and that it is used by so many is a sign. If our genders were equally recognized there would be no need for such a site.

The purpose of the site is to let women priests know when and where there are dioceses looking for a bishop and to get more women elected to the House of Bishops, where women are in a great minority. I have no interest in being a bishop, and many women don’t, but bishops are the top leaders and decision-makers in the governance of our church. We have checks and balances in our system. Thanks to the House of Deputies, lay and ordained leaders have voice and vote in our governance. Still, the folks with the pointed hats (House of Bishops) are seen as the ones with the power, whether that is actually true in the flesh or not. There IS a stained glass ceiling for women.

In religion and national government we all need to appreciate more clearly our gender differences and allow them to work for us, not against us, as we transform our religions and our country from patriarchal rank-ordering ways into a culture of shared responsibility for the common good.

Although, ironically, this election itself presents us with a viable either/or choice, we really do need  to strive for a both/and politics.