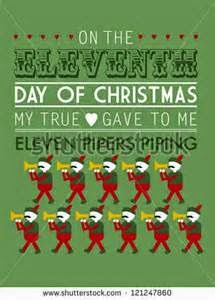 I love the old English carol, originally written in 1720, about the partridge stuck in a pear tree, the best Christmas gift imaginable from a devoted lover to his/her true love. Right? The pear-treed partridge was only the first of twelve gifts, one for each day of Christmastide.

Each gift got more grandiose, including eight maids a-milking, a gift that stretches even my soul.   Finally the Magi, wise as they were, arrived at the manger with more practical gifts, cash-redeemable.

Mary Davies Cole, a poet and visual artist, and a friend who lives in Gloucester, wrote her own version. Works for me.


The Twelve Days of Christmas