I'm resisting letting go of Thanksgiving, mostly because it's my favorite holiday. My first reason for that is that at Thanksgiving there are no gifts!  More deeply, gratitude has become such a cheapened virtue, sadly akin to grace. We live in a very spoiled culture—consumed by consumption. It's nice to have a holy day devoted just to being grateful for who we are, and that's all.

Author Steve Almond, in his November 30, 2014, Boston Globe article, "Full of Nothing," poses a good question: "How do we summon gratitude in an age dominated by grievance. . . . It is this grinding ingratitude that leave us spiritually empty . . . and drives our ravenous consumption."

Would we rather gripe than be thankful?  Sometimes, yes, but not always.

When I worked in an Alcohol/Drug rehabilitation Center some years ago, I'd get tired of the patients always talking about having "an attitude of gratitude." It sounded like such a cliché—until I saw tears roll down cheeks and listened to story after story about how their Higher Power had given them another chance, and a third and a fourth and a fifth. Gratitude overwhelmed the gripe and the groan for many. Those who stayed with the gripe refused the grace—until they showed up again, and often again. We used to joke about the revolving door, yet these same hopefuls, driven by a tragicomic combination of hope and despair, were always welcome and always ready to try again—and fail again. 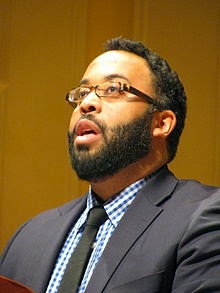 or, days later, after
Thanksgiving

when I want
whatever’s left.