On Friday we went off to the Boston Symphony Orchestra concert. We sat among the gray-haired classical music lovers—also many young Boston music students.

The sky was dark and murky, the wind soughed through the city; the subway was crammed with the crush of humanity; and we were heavy with worry. One of our granddaughters, Lucia Rose, 14, had just landed in the hospital where she awaited surgery for a smashed elbow, the result of a fall in gymnastics, her beloved sport of choice.

Should we rush off to the hospital to sit in the waiting room with her parents, or would it be better to sit in a huge luxurious concert hall full of history and the finest sounds of music in the world? Should we try to give comfort or try to get comfort? That is not as easy a choice as you think. Our choice, like so many real choices, was not for one thing and against another. It was to do the best we could, neither option being totally secure or comfortable.

A word came with a photo of Lucia in a bed looking plucky: “We’ll keep you posted by texts. Don’t worry. Our girl just asked the surgeon: Have you ever done this surgery before?” 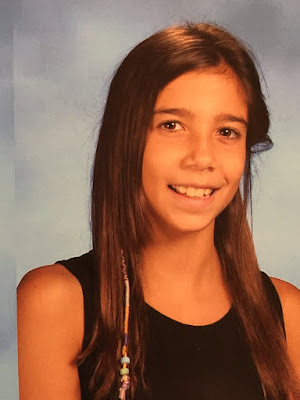 Then another word came: What’s the concert today? It’s all Mozart. ALL Mozart? Oh, divine.

Mozart was a joyous person whose music lifted the world. Even his name elicits smiles: Johannes Chrisostomus Wolfgang Gottlieb Mozart. Beethoven might have evoked excesses of frenetic energy in my soul, already agitated by the legislative paralysis in our country and the worry about our granddaughter. I needed Mozart.

Mozart, born in Salzburg in 1756, began to call himself  Wolfgango Amadeo when he was 12, then Amadè by age 19. He never used “Amadeus” except in jest. His forceful father Leopold proclaimed him a miracle of God. Science called him a miracle of nature. An amateur scientist in London made a report to the Royal Society, noting that “in the middle of astounding feats including improvising operatic recitatives and arias on the spot, the child (6) jumped up from the keyboard to play with a cat and ran around the room with a stick horse between his legs. On another occasion he was rolling on a table for fun when somebody showed him the manuscript of a song by his friend and mentor J.C. Bach. Wolfgang glanced at it upside down, pointed out a copying mistake and continued rolling around the table.” (Quoted from BSO program notes)

Of course Mozart was only a playful six year old, but still, he had been composing and playing the harpsichord with virtuosity since he was three and composed his first symphony for an entire orchestra at ten— “to pass the time.”  European music then was often parlor music, played for wealthy listeners who gathered to play cards and socialize, so a symphony might only last 15 minutes. To get people to pay attention composers had to produce “something manifestly attractive and pleasing—maybe a touch poignant on occasion, but nothing too tragic, please.”  Just enough to wake listeners up and keep them attentive. 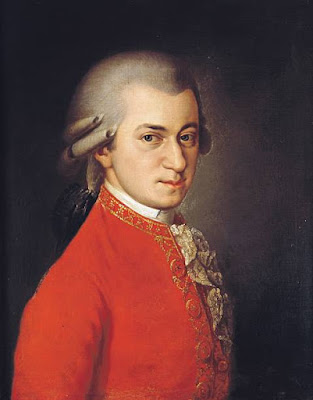 I’d come looking for serenity. Mozart, however, turned out to be an OCD work-out—so bursting with energy it defied composure. The usual 1-3 p.m. nap-time snoozers—no snoring just deep tranquil audible breathing—even stayed awake, alert. Mozart composed at breakneck speed—not with carelessness but with frenzy, able to compose a symphony like the “Linz”  in as little as four days. I wonder if he was propelled by an intuition that his life would last a mere 35 years.

My expectations for Mozart were upended as his music raced on. What kept me grounded was the structure that held it all together, like the theme of a memoir. Structure is like a trellis that supports the wild suffusion of roses as they grow—or notes, or words. Each symphony had ordered movements; each movement was governed by assigned tempos, most of it mozartian allegro vivace with andante interspersed; each movement offered its own motifs and repeated melodies that made me feel at home, and every instrument followed a score and played its turn, all the parts making an ordered whole.

And then there was the conductor Herbert Blomstedt, described as “noble, charming, sober, modest."  A very different personality and artist from Mozart but with every bit as much genius, Blomstedt is Swedish. He is a practicing Seventh Day Adventist, a religion of rigorous steady expectation—not hopping all about like Mozart. The Sabbath is a real oasis for peace, the real oasis in his spiritual life Then the scores are set aside. Blomstedt states that his religion has much to do with his vocation. He never practices on Saturday, the seventh day, though he will perform on that day because music is a gift to God.  And to top it all off he is 90. 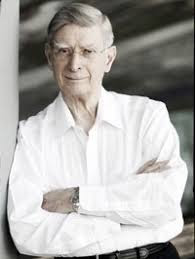 Even at 90 Blomstedt rises to his toes with the lilt of the music and moves his arms with intention, signaling with a pointed finger or a nod at the next instrumentalist to make an entrance. What moved me most about his style was the way his hands alone shaped the music—cupped for subtlety, stretched wide open for volume and intensity, and in sweeping waves to the strings whose notes swooped as if they were grain waving in a field.  And he did all this without a score in front of him.

Witnessing the work of two geniuses in one short afternoon did not remove all worry about our granddaughter’s healing. It did oddly remind me that God created geniuses with gifts in every field, including surgery. And God also created appreciators who followed, listened, watched, took hope, inspiration, and action, offering gratitude in every field of endeavor.

Every living thing makes music, sings its song in the symphony of life. God is the conductor of the eternal symphony. 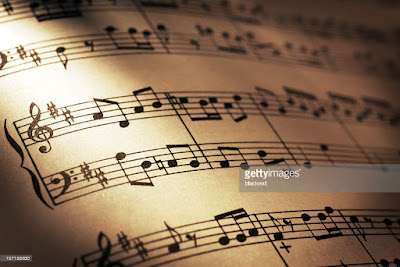