I think of technology as neutral, existing to help us live life in simpler, more efficient ways—and beautiful, too. Well, that’s naive, but at least a camera must record what it sees as it sees it, even if the photographer slants the content in certain directions— racist, sexist, or whatever. The camera never lies, does it?

An early professional daguerreotype photographer remarked on people's reaction to their portraits: "People were afraid at first to look for any length of time at the pictures Mr. Daguerre in 1829 produced with all his 'miraculous' technology. They were embarrassed by the clarity of these figures and believed that the little, tiny faces of the people in the pictures could see out at them, so amazing did the unaccustomed detail and the unaccustomed truth to nature of the first daguerreotypes appear to everyone."

Teja Cole, writer in residence at Bard College and the photography critic for the New York Times Magazine, offered a perspective that startled me in his February 18, 2015 article, "A True Picture of Black Skin". Cole called photography poetic, even though its art is dependent on the best technology in the hands of the artist. But, there's a but............

It’s difficult to photograph black faces. This difficulty became pronounced during the time of the Civil Rights movement in the 1960s—ironically, when the very presence of black people was under question.

Cole wrote: “All technology arises out of specific social circumstances. In our time, as in previous generations, cameras and the mechanical tools of photography have rarely made it easy to photograph black skin. The dynamic range of film emulsions for example, were generally calibrated for white skin and had limited sensitivity to brown, red or yellow skin tones. Light meters have similar limitations, with a tendency to underexpose dark skin. And for many years, beginning in the mid-1940s, the smaller film-developing units manufactured by Kodak came with Shirley cards, so-named after the white model who was featured on them and whose whiteness was marked on the cards as 'normal.'

"Some of these instruments improved with time. In the age of digital photography, for instance, Shirley cards are hardly used anymore. But even now, there are reminders that photographic technology is neither value-free nor ethnically neutral. (Italics mine.) In 2009, the face-recognition technology on HP webcams had difficulty recognizing black faces, suggesting, again, that the process of calibration had favored lighter skin..  ....An artist tries to elicit from unfriendly tools the best they can manage”

(HP is a brand name. Our printer is HP. A webcam is a video camera that inputs to a computer connected to the Internet, so that its images can be viewed by Internet users. No techie here, I had to look this one up.)

The camera can, in fact, lie. Prejudice can be compensated for by adjustments of light meters and the like, but bias is there right in the technology. Of course we know that technology is the product of human endeavor, but still........

Thank god, there are sensitive artists who work hard to free their art from racist images, images people have no idea are biased. Artists, of all kinds, want to give their work soul, to rise above any technological handicaps.

One such artist was the late Roy DeCarava, an American photographer, who grew up in Harlem, N.Y.C. DeCarava, the son of a single mother, photographed ordinary people. He died at 89.

Cole noted that the power of  DeCarava’s  pictures is in the loveliness of the dark areas. Rather than compensate and lighten, DeCarava insisted on finding a way into the inner life of his scenes. He made technical choices accordingly. Instead of trying to brighten blackness he went against expectation and darkened it further. “What is dark is neither blank nor empty. It is in fact full of wise light which, with patient seeing, can open out into glories.” Now that's soul! 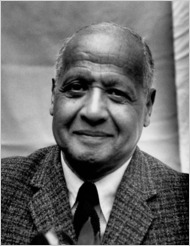 Black skin has nuance unknown to whites, it seems. Toni Morrison wrote a story called “Sweetness” (2/9/15 New Yorker) in which a young mother gives birth to a baby who is blue-black. She spends time trying to teach the child how to cover up for the shame of not being brown. Morrison’s book, God Help The Child, tells more of the story from many perspectives. A beautiful book I recommend.

But when I really look around I don’t think white skin is uniformly white. There’s albino white, ruddy, freckle-speckled white, olive-toned white, and of course ivory. We tan and darken our skin, though, and blacks die laughing over this mimetic irony!

Cole concluded his piece in praise of the work of great stories, which, in photography are literal . . . visual stories of the “hard-won, worth-keeping reticence of black life itself. These pictures make a case for how indirect images guarantee our sense of the human. It is as if the world, in its careless way, had been saying, ‘You people are simply too dark,’ and these artists, intent on obliterating this absurd way of thinking, had quietly responded, ‘But you have no idea how dark we yet may be, nor what that darkness may contain.’”

How little we know, and how much is exposed, day after day, if we but look. Revelation never ends.