Spotlight! The Star of Bethlehem shone brightly on a poor family hovering over their newborn son. The unusual brilliance of this star attracted some Eastern sages, Magi who followed it to see what it spotlighted. It was a long uneasy journey they risked, seeking hope for a troubled world, seeking a sign from Divinity. This is a Christian story, and for Christians it means Divinity (God) becomes flesh of our flesh and bone of our bone. It means that the Love of God knows no bounds. We call this manifestation the Christ. We call this mysterious happening Incarnation.

Fortunately, these Magi (not kings) were wise! They were sure enough of their calculations to bring with them riches and gifts for the newborn, one way to help this family begin the climb out of poverty and assure the survival of the child. They were also sure that what they found was a sign of divine presence and salvation significant enough to make King Herod jealous. So they told Herod a whopping lie, something like, “no big deal, King,  just a rumor."  Then they went home by a different route to divert Herod’s notice and quash his plans to assassinate any potential rival, even a divine one, to his own imperial reign. That’s the ingenious story. It is not literal but richly symbolic. To me it means that in every Nativity there is hope for new life; in every Nativity there is God; in every star there is light to follow if we’d but look carefully. 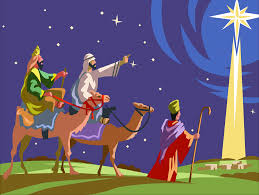 Spotlight!   As soon as it hit theaters, a few weeks ago, we saw the movie, “Spotlight". It's about the Boston Globe's 2001 superb journalistic, and I’d say prophetic, series that exposed the cover-up of the pedophile scandal in the Roman Catholic Church. I'd read the series, but film is the right medium to capture the whole action. The movie is brilliantly acted, and, according to those who lived it, accurate. What is portrayed is how corruption in one institutional system goes well beyond individuals, their institution, even their city and state. Not a new phenomenon, yet it’s a great emotional challenge to fully integrate into your consciousness the immensity of the impact of broad systemic sin. I admit to being a bit re-traumatized personally. We sat in the dark theater, stunned, and watched the entire roll of credits before we got up to leave. Not our usual get-up-and-exit strategy.

This movie was the right medium to catch the whole action. Its timely release dredges up the whole scandal once again, and rightly so, because, Pope Francis aside, it’s not over, and cover-up is still the name of the game. I see similar behaviors (misuse of funds, loss of vision, exploitation, dishonesty in leadership, not to mention the reign of -isms) in all our major institutions. I call it the death throes of patriarchy, a system of rank-ordering which has failed all humanity.

But how do we confront such deeply-rooted politics? We just start slowly, and stay thorough and observant, spotlighting where we can. 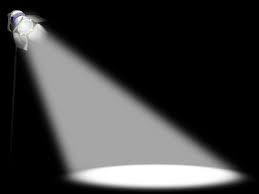 Some quotes from the movie that stuck with me.

"It takes an outsider to change a system.”

In this case, the presence of an Armenian attorney, Mitchell Garabidian, who took on victims’ lawsuits, and a newly arrived Jewish editor-in-chief at the Globe, both of whom had interest only in the truth not in any religious or cultural attachments. I would add those Globe reporters on the inside of the religion who had been blind to the whole truth about their beloved Irish Boston, Roman Catholic Church, but not blind enough to have no vision at all, nor blind enough to have stayed active in their church.

Spiritual blindness is usually related to idolatry, a big fat sin………  In this case, I think, the idol worshiped above true divinity was, maybe is still, the mystique surrounding priesthood, aka  “Father.”  The journalists investigating the system were astounded with their findings, yet clear-eyed enough as “lapsed” Roman Catholics to look at their church from the inside out—not quite knowing why, but ready to be awakened. Courageous work!

The process made me think of the biblical Hebrew prophets awakening the people of Israel, and of Jesus the Jew with a new vision of the sacred covenant between God and Israel. Some Jews listened and followed his re-articulation of their own Torah covenant, and some refused, but were awakened enough to reflect on their own system. Historically, such processes happen over and over.

How will today's Roman Catholics respond? In the film Boston's Cardinal Bernard Law was almost a tragic figure, so corrupted by systemic sin that he didn't even see his part in it. When Marty Baron, the Globe's editor-in-chief, paid Law a visit to let him in on the story about to break, Law was impassive and gave Baron with a wrapped-and-ready copy of the latest Catechism.  Such effrontery and profound denial is hard even to imagine. (One wonders if he too was abused by a priest as a child.) But over-attachment to Catechism-ism and denial remain necessary ingredients for massive cover-up.

Officials at the top of church and state took care to heap the whipped cream of top-down politics while I, and others, listened to the underbelly of pain and trauma effects in our offices. Counselors, some clergy, medical personnel, social workers, and activists for social justice listened, organized and called attention to the whole truth. Victims also organized for truth. It took time!

Cardinal Law eventually was whisked off to Rome with a wrist slap and the offer of a posh apartment to live out his days in peace. Well, I doubt if he enjoyed deep down spiritual peace. Few criminals with any conscience at all do. Yet Law allowed the crimes to continue, and he stayed safe and out of prison while the Church paid out billions in damages to victims and backpedaled as fast as it could.

Spotlight! Since the movie came out, I have heard from three different people about someone close to them who, when young, suffered abuse by a priest in the name of godly love. Boys and girls. It is time to spotlight these wounds and heal the shame that binds. Also to acknowledge all the good priests who’ve served faithfully in a corrupt system.

Spotlight! We are entering the season of Light. What will we let ourselves see? Is it not time to be bold? Yes, we can see good things, often ad nauseum. Do we have courage too to spotlight ugly things like injustice, violence, addiction, greed, war, gun regulation, political and corporate corruption, unfair labor practices, and of course,  maybe especially, abuses in the name of divine love? Believe me, I’ve heard many a fear-inspiring sermon that abuses the image of God, as the author of hellfire and damnation. Theological crap!

Consider prayer, personal and communal, as worthy a spotlight as action.