The parable Jesus told about the sower who went out to sow seeds is a very familiar story and many people love it. Why? Because the sower is supposed to represent God, or Christ for Christians, this sower keeps on sowing seeds and more seeds and all different seeds— no matter what. 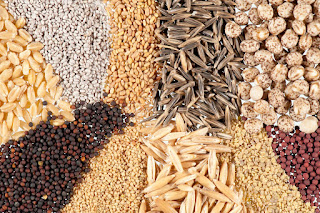 Jesus seizes all the authority and mastery he can summon, saying LISTEN! A sower went out to sow.  The farmers must have felt excited. Expectant. What would Jesus say? They knew that land was life. Maybe they’d get some hot agricultural tips.  I bet too they might have felt some anxiety, because this was Jesus and he had a habit of challenging them in odd ways.

LISTEN! he said, and listen they did, perhaps too hard, too eagerly, too selfishly.

What happened to them, happens to us also. Because Jesus elaborated all the different kinds of soil—hard and dry, rocky, choking, no nutrients—and some good soil, they began to focus on the soil. No, obsess. What kind of soil are we, or literally if you were a farmer, do we have?  They, like we, quickly forgot about the faithful sower and the seeds. I’d bet that most interpretations of this parable focus on the soil alone. Is my soil, my church’s soil, good enough to receive, nourish and sprout more God’s seeds?

Most of us develop such a toxic case of soil-angst that we forget about the seed with all its potential.

Still, being a seed isn’t easy. Seeds are tiny. They have no will of their own. They are scattered to and fro, and they don’t know what kind of soil they’ll hit. The destiny of a seed is vulnerable indeed. Yet, seeds have enormous potential—enormous potency. Seeds sprout. It is through seeds that Christ potentiates Life, if not Love.

Living in the city I am continuously amazed at how the tiniest of flowers and grass blades pop up between bricks and concrete stones. What resilience and strength these little seeds have to keep on growing toward light and air through thick concrete. They always sprout—no matter how much concrete we trowel on. Seeds are unstoppable. Just a few days ago, I saw three men on their hands and knees laboriously picking small green tufts of growth and tiny wild flowers out from between the concrete stones on a front sidewalk. They worked for a stone cutting outfit and had been hired to repave the area in front of the garage. But first…..they had to get rid of all the sprouted seeds. I laughed out loud. So you think those little seeds will never return to sprout, do you?

Contrary to all logic, tiny useless seeds sprout amidst concrete—real concrete as well as the concrete that forms around our hearts, the concrete that causes us to have rigid set attitudes and assumptions. God’s seeds always sprout.

When I feel sure that something is right, makes sense, or even is the way of God, I have to FORCE, yes, force, myself to stop and rethink things—not till after I’ve argued my case of course. I could be wrong, or the tradition, or my culture, or everything I learned in school, or what my parents taught me, or my church believed could be wrong. Or it all might need tilling or some more seeds. God the sower doesn’t cultivate wheat fields. God cultivates souls. God willingly and willfully without force, sows seeds and seeds and more seeds—many varieties of seeds over and over and over. 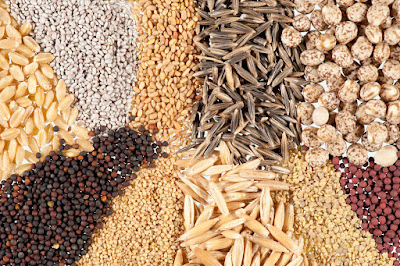 Years ago in Connecticut I worked as a chaplain in an alcohol/drug rehabilitation center. Many patients saw themselves  as “bad seeds” They were ashamed of themselves for their disease, and their relapses, their painful, painful addictive patterns. Oh, they readily condemned themselves—bad seed, bad soil, bad God, bad religion, bad chaplain—everything. They did this all of course with raucous laughter and good humor, which I saw as a sign that they were God’s seeds and didn’t know it.

Violating the separation of church and state, I used biblical stories a lot to help them see that God wasn’t the vengeful judge they thought God was, and that they weren’t bad seeds. The sower story was very popular, second only to the prodigal son. The stories were seeds to re-potentiated them, give them hope.

I would say something like: Listen! You’re a seed and if you hit a rough patch God/Higher Power will sow you again, and again.” There was a hush. In that hush I would quietly add: “with your help.”

And so it is for us: God never stops sowing you, never stops potentiating you. No matter how much concrete has been slathered on your soul, you are a seed to be sown by God-in-Christ. So listen! Hey!………

Be a seed already.