Not like the brazen giant of Greek fame,
With conquering limbs astride from land to land;
Here at our sea-washed, sunset gates shall stand
A mighty woman with a torch, whose flame
Is the imprisoned lightning, and her name
Mother of Exiles. From her beacon-hand
Glows world-wide welcome; her mild eyes command
The air-bridged harbor that twin cities frame.
"Keep ancient lands, your storied pomp!" cries she
With silent lips. "Give me your tired, your poor,
Your huddled masses yearning to breathe free,
The wretched refuse of your teeming shore.
Send these, the homeless, tempest-tost to me,
I lift my lamp beside the golden door!"

A friend recently told me that Emma Lazarus’s poem had been set to music by Irving Berlin. She said the women’s chorus of which she is a member sang it, and that I should check it out. It would make me weep, she said. It did.

In the context of the current skirmish over immigration and our highest court's split about whether President Obama’s proposal to allow 4 million immigrants to stay here and work here, Lazarus’s message rings sacred. Yes, I know it’s a vision, a dream—two words never to be prefaced by “only” or “just.”

My mother loved broadway musicals. Cole Porter and Irving Berlin were her two favorite idols. The information that Irving Berlin, composer and lyricist for “God Bless America,” first sung by Kate Smith in 1938, the year I was born, had written music for the Lazarus poem only added to my tears.

Mom died 18 years ago. I bet she never knew that music was the only source of income for Berlin, born Israel Isidore Baline (later Berlin, thanks to a typo) in 1888 in Belarus. Music was also the source of income for Mom’s own Jewish father. Berlin’s father had been a cantor in a synagogue. Through his father’s singing vocation Berlin learned to love music—for its spiritual power and its sheer beauty. I don’t know where my grandfather learned to love music, but he made a career of importing classical musical talent—most of it Jewish— from Europe to America. 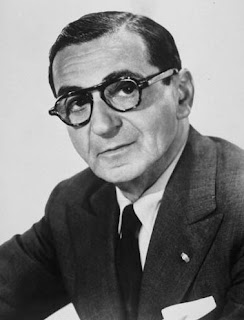 With their music, my grandfather and Irving Berlin made this country rich. Neither would have come to America without the invitational hospitality of a Jewish poet named Emma and this country’s foundational principles.

And neither man would  have come here without being ushered in by the inspired grandeur of the enormous Statue of Liberty, a gift of friendship from the people of France to the people of America. She stands as a symbol of freedom and democracy. She holds a torch of welcome, stands 305’ 1” tall, and weighs in at 27,000 tons. Up close she represents one image of the soul of America.

As a child growing up in Manhattan, I looked up to her as if to a Goddess. I was also a little afraid of her, just because she was so huge and a bit stern looking.

For some of us today the message she carries is frightening. Whom shall we let in? Will we lose our rights, our identities, our properties if we share? Have we become so afraid of “pollutants” from without that we are going to create a toxic closed system within our borders—such that we will stifle—not grow, not evolve?

Lady Liberty, the one Berlin praised in song, in all her glory and her gospel, reflects the God I love and worship, the One who amorizes the whole cosmos, kindling love throughout.

Many alphabets of grace have been created. That’s because grace is both a divine mystery and something everyone experiences, sometimes daily. Usually grace is used as a noun, but it can be a verb, as in “The Queen graced us with her presence.” Or the Pope, or Jesus, or the President, or the one you’d always dreamed would fall head over heels in love with you.

In seminary my favorite New Testament professor defined grace in an experiential way. I’ve never forgotten his definition and hold it true today. Grace is the experience of being known and loved— at the same time. That sounds passive, and it is because this kind of grace is a gift. When you feel known, through and through to your core—AND AT THE SAME TIME— loved, through and through to the core, you explode. No longer can you say, “They know me but they don’t like me.” Or, “They love me all right, but if they really knew me, they wouldn’t.”  You see what I mean. Grace is a package, and it is divine when it happens to you. Only the verb form can express this explosion of truth in your soul. Like this: 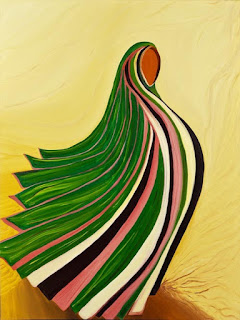 Here is my alphabet:

My father when he was alive gave me grace when he completely knew and loved me at once, which wasn’t consistent, by the way, but when he did I glowed through and through. Like the time I, hesitantly, told him I wanted to be a priest and launched into a messy and awkward explanation. I didn’t think he would disapprove; I just thought he might think it silly and laugh. Instead, he said, “I understand, Lynda.” (He called me by my full name when he got seriously angry—or graced me with his full presence. )

Here’s Dad the day he married Mom 82 years ago June. Handsome dude! I got his nose and his hair. 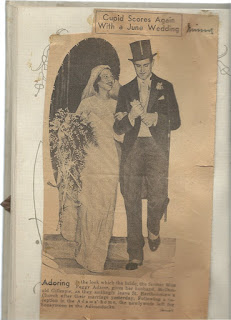 And may all life's seasons bring God's
gift of MERCY to
You and those you love.
AMEN
(Based in part from an Irish Blessing. Michele Aronica, RSM)

Last week I was on retreat at Mercy Center in Madison, CT.  This blessing was framed and in each room. I awoke to it very morning and its truth sank into me. This is all I want and hope for: not that stony paths, challenges, hardship and all the rest will bypass me, but that I will have gifts to help me keep going, especially faithful companions and Hope. Hope, to me is the greatest of the Big Three spiritual gifts: faith, hope, and love. (St. Paul thought love, but he might've been wrong, ya know!)

When I told someone that I'd been on a silent retreat for a week, she said, "A whole week?"—followed by, "You and Dick?" Some things are quite astonishing. I told her we weren't rigid about it, and that we convened each evening to sit outside and chat, or just sit and gaze at the natural beauty of the sound stretching before us and all the glorious trees that adorn the Mercy property. I added: "You know the silence, after a while, becomes a friend, one whose comfort you begin to appreciate like an over-soul." (Over-soul is a Jewish descriptor of the affects of a true Sabbath rest.)

Mercy is different from compassion or sympathy, or even empathy. Mercy has the power to soothe, season, or soften all life's aches and pains, all our passions, strivings, even the great and righteous judgments we make, and the social justice causes for which we labor.  James, the most practical book in the New Testament, makes a big deal about the unity of faith and deeds—one no good without the other. Yet even James reminds us, almost casually, "For judgment will be without mercy to anyone who has shown no mercy; . . ."    And btw: ". . . mercy triumphs over judgment." (James 2:13b)  [Italics mine]

Biblically, mercy is translated as divine lovingkindness toward all living things. In Hebrew it's chesed, and in Greek eleo, both rooted in the word which means guts or womb (racham and splagchnizoai)".  I do so love words.

And from Shakespeare's The Merchant of Venice:

The quality of mercy is not strained;

They came in bunches, like bananas, grapes or coconuts, though much more juicy and entertaining.

They walked two by two in two crooked lines, unlike Ludwig Bemelmans’ little girls who walked in two straight lines in one of my favorite childhood  books, Madeline. Most of us, if we are honest, love books that are like us, and I fancied myself as having the soul of the wee Madeline.

I loved the little girls having adventures in a big city, following their teacher, Miss Clavel. My city was New York and Madeline’s was Paris. But Paris could have been mine for all that my mother extolled France where she’d spent time as a child. She'd adored her governess, Mam’selle—who became my Miss Clavel. Besides being the smallest in my class, just like Madeline, I loved little girls in lines and uniforms like my private school made me wear. Girls in lines in uniform rhymed, like the poetry of Bemelmans' book.

Madeline and I loved the straights lines, and we both had a penchant for stepping out of line. I didn’t dare step too far out of line yet, but I knew that Madeline's spirit was brewing inside me.

To the tiger in the zoo Madeline just said, “Pooh, pooh”


The lines I saw from my window are children from a nearby private school. They have dark skin, and are uniformed in electric yellow T-shirts—shining brighter and closer than the sun itself. I watched a series of processions, worthy of any cathedral aisle, go by in ten-minute intervals. I think I am witnessing the most beautiful sight on this patch of earth right now.

It’s June. The school in our city neighborhood belched out these delicious lines of children all day long. I stopped watching and then was drawn back to the window to wait for the next one.

The little ones came first, by 9 in the morning. They were Madeline-sized and supposed to march. The teachers, one at each end of the line, command them to form straight lines. They just couldn't do it. They were also supposed to hush, to modulate their peeping and chirping voices. But it was June and a sunny day—a day to sing the Gloria about.

Their school is the Benjamin Baneker, School Baneker was the first African American astronomer. Everytime I see these children I can tell they are hopping proud of their school—but not enough to stay all summer, and summer is coming very very soon.  How can they keep from singing?

These bunches were headed for the nearby playground and park where there are swings and slides, climbers and monkey bars— and sprinklers (forbidden, I’m sure, though I bet some will return to school having to change into the extra set of clothes each parent had been instructed to bring at the beginning of the year—for emergencies.) Acres of lush green lawn await them, their souls being led by the Lord their Shepherd.

These kids know this. Their lines easily fell askew as the boys danced jigs along the way. Girls, all except "Madeline"who would be running ahead, grabbed their hands and tugged them back into line. They were crossing a street where evil cars could come and squish them. Nothing could squish their joyful gleeful spirits this day.

Nothing could squish mine either. I believe I had glimpsed God —in bunches.
Posted by Lyn G. Brakeman at 10:33 AM No comments: