Here's a small inside story, lean but robust. It’s about a saxophone player, the father of a little six year old girl named Ana. It’s about another father who has two daughters—and very long arms. The saxophonist is Jimmy Green. The man with long arms is President Barack Obama.

The public facts to this story most Americans know and remember with varying degrees of shiver and sorrow. On December 14, 2012 at Sandy Hook Elementary School in Newtown, Connecticut, twenty small children and six staff were murdered —mercilessly, without warning, and arbitrarily— mowed down by a gunman with a rifle.

When I heard about this massacre my first reaction was similar to my reaction when I first heard about the 9/11 terrorist attack in New York: “Come on!” I laughed, as if such things happened regularly—and never. I could access neither fact nor feeling—for days. After the Newtown tragedy, President Obama addressed the nation—with tears and grace— at a memorial gathering. Only then could I cry and, oddly, relax.

President Obama flew right away that same day to Newtown, to the school. This is the duty of a president, the letter of the law one could say. The spirit of that “law” revealed a man’s heart. President Obama is a man who is able to govern and to weep, to take authority and to let his heart break visibly, to wage war and to make peace. On occasion politicians can be heroes.

Joshua Dubois (b.1982) head of the Office of Faith Based and Neighborhood Partnerships in the Executive Office of the President of the United States from 2009 to 2013, wrote about that day in “The President’s Devotional: ‘What Obama Did In Secret In Newtown.”  The staff coordinated details, but the president did the difficult pastoral work. The families gathered in classrooms. The president, briefed on names, moved unhurriedly from room to room. He gave each person a hug and asked “Tell me about your son, or daughter.” He looked at and held photos of every dead child. He listened to descriptions of favorite foods, television shows, the sound of the child’s laughter. Younger siblings were tossed in the air, laughing, and then received a box of White House M&Ms. Who knew there was such a thing?

“In each room, I saw his eyes water, but he did not break,” Dubois wrote. Some small measure of love was given to every single bereaved family member: “The same hugs. The same looks, directly in their eyes. The same sincere offer of support and prayer.”  Over and over, for hours. 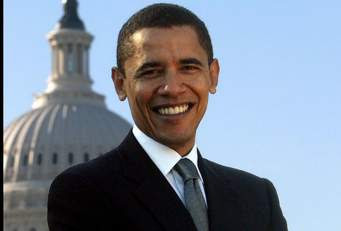 How can one sustain such authentic tenderness over an extended time—knowing that no amount of comfort or prayer, even from a president, even from God, could be adequate consolation?

According to Dubois, President Obama never spoke about these meetings. “He was nearly silent on Air Force One as we rode back to Washington, and has said very little about his time with these families since. It must have been one of the defining moments of his presidency, quiet hours in solemn classrooms, extending as much healing as was in his power to extend. But he kept it to himself—never seeking to teach a lesson based on those mournful conversations, or opening them up to public view.”

What is not so public is that Obama went to Newtown a second time, just months after the tragedy, to visit the families in their own homes. I am privileged to know some of one of those visits: the one made to Jimmy Green the professional saxophonist and his wife.

Think of a saxophone and its sound. Is it not the most lugubrious? Although usually associated with jazz, the saxophone can wail out the mourning night—a long sound, the sound of grieving parents, the eternal sound of God’s grief.

Jimmy Green was in Rockport, Massachusetts last summer as a visiting artist for the Rockport Music Association’s Jazz Camp, an educational jazz program for children. 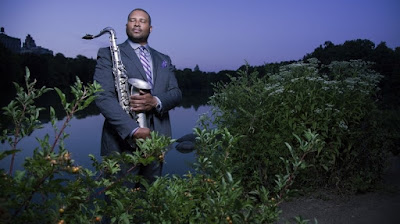 (Green with his saxophone.)
A good friend of mine hosted Green and asked him, naturally, about his children. She was taken aback first  to hear that he was the father of a six year old girl named Ana who was murdered in Newtown. Ana, he said, loved music and dance, and she loved to love. Here she dances with her daddy. 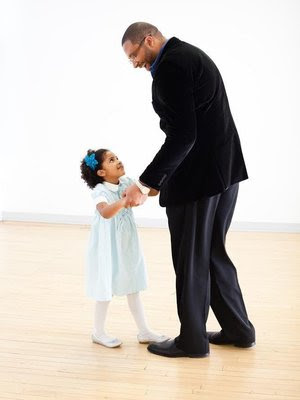 About Obama, Green said,  “I knew the guy was tall, but I didn’t realize he had such long arms. He just sat with us (Green and his wife) on the couch and held us both together.”

Grief requires a long reach, a reach only heroes can summon. Heroes are people who do good anytime anyhow.  It is particularly hard for very public people—people who have to be constantly conscious of themselves…like being on camera 24/7— to be heroes of this kind. That takes courage, not just feelings, and not simply military action. Heroes touch the heart of God. Heroes keep us alive and wanting to live.
Posted by Lyn G. Brakeman at 9:43 AM 3 comments: