What do you do when you feel insane, trapped in the endless circle of your own mind? Sing, of course.

Here’s a story for you. It was part of a sermon delivered by the Rt. Rev. Alan Gates on Holy Tuesday, 2018. The bishop was speaking to the clergy of his diocese, many of whom were feeling exhausted, preoccupied, and some defeated, by the weight of their vocation at this most important time of the Christian year.

King Felipe V of Spain ruled in the early 1700s. He suffered from mental illness that caused him to howl into the night, become incontinent, play obsessively with clocks, and often go mute for weeks. Against all reason he was not deposed. 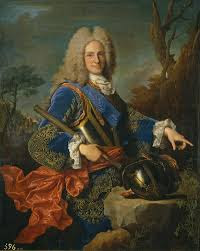 Carlo Farinelli was an Italian-born singer who was castrated at the age of ten in order to preserve his beautiful voice. Men like Farinelli were called castrati. Although cruel measures were used, the sound of castrati singing had depth and power and a pure, genderless, ethereal sound. 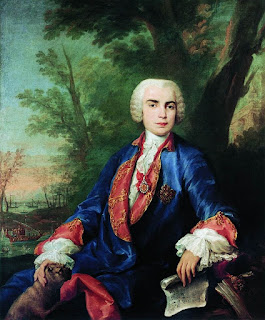 By one of those coincidences I like to call God-incidences, Farinelli the castrato and King Felipe the insane found something unique together. Farinelli was persuaded by Queen Isabella to come to Spain to sing for the tormented king. The king received Farinelli because he sensed a certain bond in circumstance—that inner sense we often dismiss but that sometimes turns out to be a nudge from the Holy Spirit, the Great Connector.  (She does know how to do Her healing work!)

The two men conversed:
King: “We were both made [who we are] against our will. It is no more natural for me to be a king than it is for you to be what you are.  Both of us have been ‘robbed of normality.’”  Both men, concludes the King, have unreasonable, impossible expectations heaped upon them – by their families, by the public, even by God. “You have a world of subjects – as I do.  Mine were given to me by God, though.  I wish I were a pagan.”
Farinelli:  “Why?”
King:  “Many gods are fun; one is a nightmare. … He keeps us on a tight rein.”

The relationship that began in mutual brokenness evolved as healing. When Farinelli sang, the music penetrated the king’s madness. It gradually drew him out of his isolation and dark despondency—re-centered, restored, reconciled him to the world around him, even to the impossibility of his vocation. The king called it “the music of the spheres.”  As for Farinelli, he sang the king to his senses, himself to pride of purpose.

There is a young girl in the neighborhood who stands alone waiting for the school bus to arrive. While she waits she sings—to herself, to the world, to no one, to God—rain or shine, she sings. It’s not the quality of her voice, tonality or atonality, that makes her song beautiful. It’s that her music, for its own sake, evokes truth, love, soul, and beauty. Such odd holiness, eh?

P.S.  It was the patriarchal politics and religion of the King’s day that kept him on a tight leash —not Godde.