Dick and I first met the Rev. James Keegan, SJ, at Eastern Point Retreat House in Gloucester, Massachusetts, perhaps ten years ago. He was then a lively spirited man, full of chutzpah and good humor, with a challenging vision for the future of the retreat house where he was the Executive Director.

Jim is still lively and full of good humor, and he still believes in his vision. Sadly however, the implementation of his vision and his own health were interrupted by the onset of Parkinson’s disease. 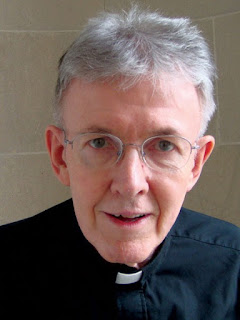 Jim had put together a team of people, all of whom were united, not by religious practice or commitment, but by their singular commitment to the need for spiritual retreats for all people and to the ongoing vitality of Eastern Point as a retreat center. Jim’s idea was a good one, and also perhaps threatening to Roman Catholic, not to mention Jesuit, solidarity, read, control over the way of things. Still, I bet Jim and his vision for this magnificent place by the sea will not be lost. 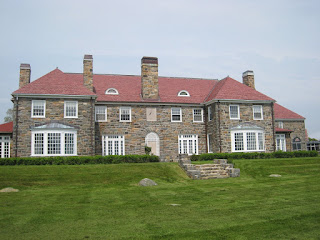 Dick had been invited to serve on the discernment and planning team for the future of the retreat house. He was honored and excited. Jim had more than once attended Mass at St. John’s Episcopal parish where Dick was the rector—possibly recruiting for his dream team.

Very soon after Jim’s diagnosis, however, he left his position as the head of Eastern Point. It was a loss. We agreed. Jim moved on to deal with his own health and develop his ministry as a spiritual director. With his departure his vision vanished.

Years passed. I often thought of Jim. Occasionally, we would see him at the Campion Center in Weston, MA. where aging Jesuits retired and where we went for Education for Ministry (EfM) trainings. The sight of him still jovial lifted my heart. But then we didn’t see Jim at meals any more. I wondered. I imagined him dead. Inquiries reveled that he was alive and living in The Pierce Pavilion for medical care  a Campion. I could get no information, because of “HPPA regulations, you know.” I kept wondering.

In November, 2015, I attended a day-long conference for spiritual directors, sponsored by Spiritual Directors International (SDI) at Campion, and there was Jim in the front row seated in an elaborate chair that gave him some mobility on his own. I was thrilled, as if I'd seen a resurrection. Jim grinned. We sat together and tried to catch up with each other, snatching time between the many process directions in the day, which we both thought was ineffective at best.  “Come visit me sometime,” Jim said. “Both of you. Call first. I have a cell phone and take messages.” I kissed him goodbye and left with his phone number in my bag.

On December 8, Dick and I visited Jim. The nurse knew we were coming and told us to wait while she ran down the hall calling out, "Father Jim, are you decent? Visitors."  We spent nearly two hours in delightful remembrances and church-only humor.  Jim is alive! Not well, but alive and mentally alert. He sees some 18 spiritual directees and has his signature humor, grin, and vision. “I had a great team,” he said, recalling his vision for Eastern Point.

Daily during Advent and Christmastide, Jim motors out to the central rotunda of the immense building and sits to meditate before the enormous Christmas tree. The big chapel is nearby, but Jim sits with the tree. I imagine him to be contemplating “the blessed sacrament” in arboreal incarnation.

Jim writes poetry, some of it published. He gave me some of it to read. Without the use of his hands, Jim’s joy in writing and typing is limited, if not gone. He gave me permission to quote some of his poems. I relish it as a gift and as a sign of resurrection hope for his withered body to be made whole and taken home—resurrected into the soul of God.

When did these hands become foreign to me?
Skewed like a lobster’s calls: about ten degrees
off at the wrist—and boney? Puffy blue rivers
of blood run north-northwest up their back side.

And when did these hands make enemies of
buttonholes, zippers, clasps, fasteners of
all sorts, screws, safety pins, paper clips or
any kind of knot? Did it happen in my sleep?

My sleep has been visited in recent weeks
by a newborn baby in a crowd. He looks at me and laughs,
stretches out to me ten perfect fingers and
holds my scarred flesh in his divine grasp.

If you can tell me how the frequent burst
of pheasants from the brush, the swagger
of the moon-struck waves, the dark receding
of the snow and, in the morning sprawl,
the news of robins, all are spring,
can you explain how spring
and you arise so clearly in my mind
together?

Thank you, Jim, friend and brother priest, for yourself and your gifts. Hang in there, spring is a mere 85 days off!!