Recently we watched an intriguing—also superbly well done—movie called “Denial.”  It sounds as if it’s about addiction or the common and dangerous psycho-emotional defense called denial, however that is only true secondarily.

“Denial” in a 2015 film about a legal trial which took place in the UK in 1996 in which David Irving, an historical writer filed a libel suit against American history professor (Emory University) Deborah Lipstadt and her British publisher Penguin Books for publishing the British edition of Lipstadt’s book Denying the Holocaust, first published in the US in 1993. Lipstadt called Irving a Holocaust denier, falsifier and bigot, and said that he manipulated and distorted real documents. Irving fought back with the libel suit. 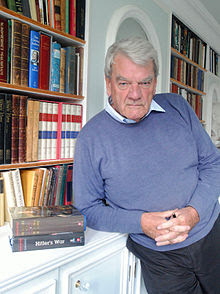 The fascinating dynamics of this trial are the subject of the movie. We have watched it twice, each time marveling at the intricacies of the British legal system in which the accused is guilty until proven innocent. In our American legal system the accused is innocent till proven guilty. This assumption has always seemed ethically right-minded to me, yet seeing another system work justice from such a different starting point kept me riveted—in awe and admiration really, especially watching the attorney and an on-high judge in all those top heavy white wigs.

Another difference is that the UK court has two attorneys, specialists, simultaneously at work representing one defendant. The solicitor is the attorney who, with a team of able trainees, researches the data on the case, gathering relevant data to use to prepare the case. The other attorney is the barrister—the one who actually tries the case in court. This latter is the one with sharp legal skills, a steel trap mind, eloquence and calm persuasive presence under stress.

These differences alone make this movie worth watching. What is on display at all times is the value of teamwork, each member, including the defendant herself, bringing individual gifts and passions to the same case for one purpose alone: to win.

Some of the questions raised seemed eccentric but are tragically relevant today: what IS a fact anyway? What IS history anyway?  What kind of data helps most to make a case without direct witness testimony? What is on trial in this movie is the integrity of history itself. How do we tell the truth, swear on Bibles to speak the facts and nothing but the facts, without slant? Is that even possible? What about perspective? What about perception? How do you prove that something happened you know happened but for which evidence, except human testimony, is scant if not absent?

David Irving, the plaintiff, claims to be a Hitler historian, having invested much effort in exculpating Hitler. Annoyed by Lipstadt’s book and her accusations against his manipulations of facts, Irving represents himself, claiming the Holocaust never happened.” He goes on to say: “Why more people died on the back seat of Edward Kennedy’s car in Chappaquidick than ever were killed in the Holocaust.”  He calls attention to the arrangement: he—as “David” (chosen of God of course)—stands alone, while she is surrounded by her team—the mighty Goliath. The visual is telling. The solicitor at one point quotes Goethe: “The coward only threatens when he feels secure.”

What needs to be proved is that Irving manipulated data that proved that Auschwitz was “a killing machine.” And further, that he did not make honest mistakes of commission or omission in his own case against the historicity of the Holocaust, but that he deliberately falsified data in support of his own antisemitic bias. Freedom of speech is a human right. Lying is not. Neither, for that matter, is hate speech.

Lipstadt is aware throughout of her intense desire to have a voice, to exercise her conscience. It is all she has besides her own scholarly research. She is an historian, a Jew, and a woman in pursuit of justice. She wants the voice of suffering to be heard. She wants this hearing desperately, desperately, but not enough to go insane. She keeps her stability in part by running. She runs a regular route through the city, stopping before a large statue of Boadicea—both to lament and to thank. Boadicea was a woman who led a Celtic tribal uprising against Roman occupation in the middle of the first century in the British isles.  Lipstadt could be a modern Boodicea—well, an American one. 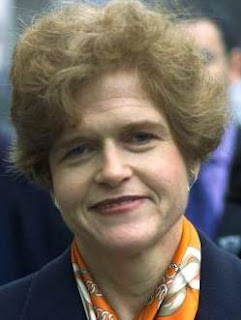 It was painful for me, as a woman with a Jewish grandfather, to watch Lipstadt’s silencing. It made me cry, as well, to see the tender sensitivity with which the older barrister persuaded  her that silence was the best strategy: “Stay seated. Button your lips. Win by an act of self-denial. What feels good is not always what works best,” he tells her.

And then he persuades her that Irving would relentlessly mock the testimony of survivors and outdo the intelligence of jurors unschooled in their history. This case will be decided by a single judge, another piece of a brilliant strategy.  Lipstadt’s superior intelligence kicks in and she knows her lawyer is right. It helps that he is also kind and humble, because one needs these qualities to cement relational trust and hold it secure.

There is no gore or grim torturous scenario with screams in this movie. It is silent horror. The view of miles and miles, or so it looked, of millions of shoes gathered and left in caged enclosures at Auschwitz, was witness enough. A necessary visit to Auschwitz was part of the barrister's investigation. He had never been there. He carefully walks the bounds and stands to stare at the empty chambers. “This is what I do,” he says. “It’s forensics. How could Auschwitz be just another brief.” 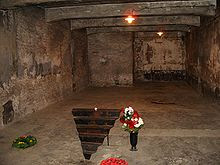 Dick and I were very silent watching this film—twice. Gratefully so in fact. No one got up to get more cookies. We were stunned into awe—not a bad thing at all. It’s not as if we needed the outcome which was obvious really. But we needed the process, the process of viewing history on display and watching its integrity speak for itself by the skill and passion and yes, appetite for good, that motivated the principals.

Oh, did I not relive the trial of Jesus as it is told in the New Testament gospels? I know it by heart and I do not know it at all. The elements were all there in this trial: loud and quickly changing crowds, glacial deliberations, clever questioning, prayers, terror, a clear portrayal of injustice, and then the pungent question right in the middle of it all posed by Pilate to Jesus: What is truth?

I think I have always wondered about Jesus’s silence, saying I understood it, refusing to accept any stupid ideas that God planned it this way, but really not fully understanding it at all. Seeing such a precarious legal strategy, which could as easily have failed as succeeded,  in which a people’s integrity was at stake, was daunting. Would the discipline of history done honestly prevail?