Most Christians today remember the role of God Holy Spirit. We wear red, because God as Holy Spirit traditionally comes in on a blaze of fiery red. Red’s a tricky color. Spirit red is pure—no purple, pink, orange or lavender. Red is the best color for the experience of “a world flamed into life.” (Barbara Ehrenreich’s phrase from Living With a Wild God.)

I could go on with a lot of good church-talk and risk boredom or adulterating the redness of red. Instead I will write about my four children. When each was born, the world flamed into life. Quite incongruous with the mess my body was in: blood, sweat, pain—no gore.

In an instant, childbirth turned into Creation. Fireworks. I remember feeling very close to Creator-Godde—not “Father” but Creator.  The great American poet William Carlos Williams (1883-1963) had a day job delivering babies in Paterson, N.J. One of those remarkable spirit-flukes, no?  He was regularly present to transcendence and immanence at once. When a woman carries and births a baby she puts her body in the way of creation.

I didn’t think my children were miracles. I knew how babies were made. And no, I don’t believe God sends kids in answer to prayers, even though I prayed to get pregnant, not to get/be pregnant, and for knock-out drugs—none of which God did.

Not  being as eloquent as Ehrenreich, I’d just say that the internal presence of a new life and the emergence of each tiny black head made me sure that this was exactly how Creation happened, how Holy Spirit ignited and ensouled the cosmos, similar to a great work of art.  No bigger explosion of life could be possible; no greater awe could be felt. Love follows immediately, but is not first.

My adult children would cringe at my excesses. O Mom! Nevertheless, despite the many failings and forgivings we’ve all experienced, they are spiritual mentors. They still flame my world into life. 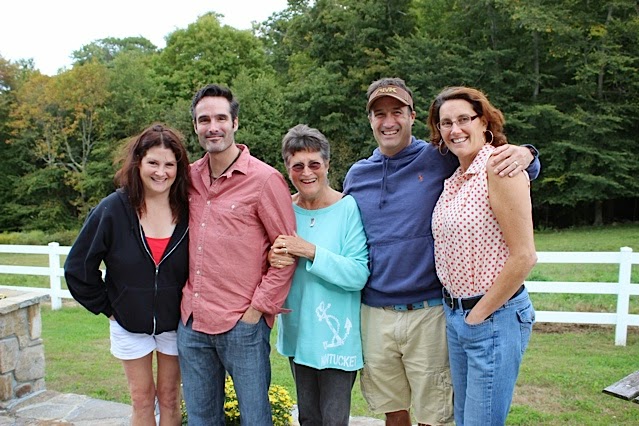 Bev (b. 1963) one day listened patiently to me make amends for my errant midlife abandonments, overdoing it really. She was worrying about her own mothering. It triggered a spate of mother-guilt in me. She listened, then interrupted: “Mom, stop apologizing!”

Jill (b.1964) once mentioned something about prayer, or maybe God. It was good theology. “Where’d you hear that?” I asked. “From you.”

Rob (b.1967) was in a serious car accident about 10 years ago. He and his younger brother were on the way home from a concert when a truck swerved into their lane. Rob was driving. It wasn’t his fault but they are lucky that neither of them was hurt. When Rob called to tell me, I tired to comfort, saying they were lucky, blah blah.  But he kept repeating, “I could have killed my brother. Mom, I could have killed my brother.”

John (b.1970) recently confessed in the course of a phone conversation that he was nagging at himself, putting himself down, angry with himself and his stubborn habit. At my mothery/pastoral best, I was supportive, understanding, giving him a reason why his self-critique made sense in relation to a circumstance.  “Nah,” he said, “it’s in my nature.”

You might say they put me in my place, reddened my cheek. (Oh, they know better than me.) These are small examples but such things have happened many times as the body-remembered umbilical attachment stretches thin and finally falls gently away, replaced by an even stronger, freer bond.

Maybe that’s what being born again—and again—is like.  Ya think?