In Seven Gothic Tales by Isak Dinesen, there is one tale titled “The Old Chevalier” (chivalrous type) in which a young man is thinking back on an old love affair that happened during the early days of the"emancipation of women."

"I have always thought it unfair to women that she has never been alone in the world. Adam had a time, whether long or short, when he could wander about on a fresh and peaceful earth, among the beasts, in full possession of his soul, and most men are born with a memory of that period. But poor Eve found him there, with all his claims upon her, the moment she looked into the world.  That is a grudge that women have always had against the Creator: she feels that she is entitled to have that epoch of paradise back for herself. "   Poor Eve. Poor women. Poor me. 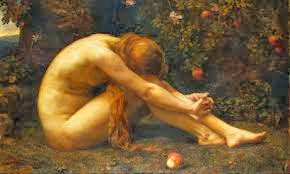 When I first read this small clip from Isak Dineson, I laughed out loud and thought YES!  This is just the way we should approach holy scriptures—with curiosity, a sense of humor, and clear-hearted prayer. Some women have worked hard and prayed for women to be fully included in religion’s ministries, and recognized—even if between the lines and with a dose of provocation—in the Big Book Bible. We are meant to ask questions of the biblical texts, to make these words live and re-live, holy for every generation.

Would I even want to have my “epoch of paradise?” Paradise could get boring and lonely. As an introvert I do love my space and admit that occasionally  it's nice to come home to an empty-house “eden” and be alone to relish the freedom of not even having to say a cheery hello or smile—to be free to eat Cheerios for supper or fry a disgustingly delicious hot dog.

Dinesen’s idea has merit. To be “in full possession of my soul” has been for me a state I’ve had to fight for, to assert over and over—in and through my own doubts and wounds, and also the arrangements of a patriarchal world and its sacred and secular institutions.

The Eden myth isn't factual, yet it is powerful. It is culture-bound, true, but notice how God wiggles around human mindsets in astonishing ways.

For example, God gives the exiled couple clothing when they leave Eden. Even more remarkably, in the other Creation story (Creation in seven miraculous days), God gives humanity equality: male and female God creates us.

Oh yes, Eve does not quite get her "Olympic Gold." In Eden there are no awards. How odd! 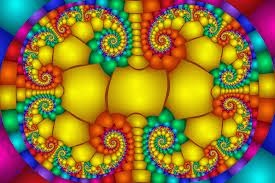 Still, let's play with it. If Godde had placed a woman first in Eden, would there be any expectation that Adam could lay claim on her soul, not to mention her rib cage? No, but....... the goodness of God would immediately even out the playing field, giving Eve a helpmate named Adam. And where would Adam come from? Out of which of Eve’s body parts would Adam be fashioned?  Surely not the rib thing again. But I’d spare some belly flesh. If Eve had been created first, the sex life would probably have been different—no less intense but less violent, and rape not in the picture. Yet there might have been cat fights, the politics of besting, anyway. Women are not exempt from being human.

So I don't care who got created first, though I have lusted to be first and still do at times. I feel lucky and grateful to have someone to come home to, a companion who cares where I am, a lover who also cooks, a brother priest who understands the Church—sort of.

I bear no grudge against God. Pamela Greenberg's translation of Psalm 108:12 has a striking phrase. The psalmist goes on and on, begging for help in affliction, when suddenly into the litany of griping bursts this insight: humankind is useless when it comes to salvation. We pray; we hope; we do everything we can; we pray some more.  We till together. 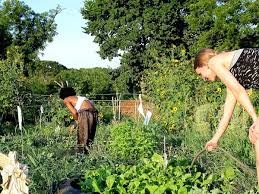 In the beginning, according to the biblical vision, Godde gives us.......
the protection of clothing
the warmth of relationship
the gift of equality 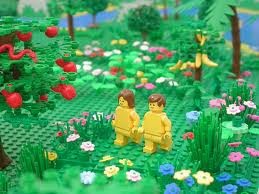 How much more chivalrous can you get?