Fifty years ago in July of 1969, I was thirty-one and the young mother of three children: two daughters, ages six and five and a son, age two. My then-husband and I were on Nantucket vacationing with some friends. All the children had gone to bed and were all, finally and mercifully, asleep at once. We adults, however, were more awake than we wanted to be after a drowsy beach-day in the sun. We sat huddled around a small radio, the only communication available in our rented cottage, and strained to make out voices through the static. It was barely possible to believe that the radio voices were speaking to us from the moon, the same moon to whom, or to which, we nightly bid “good night” reading the favorite bedtime story, Good Night Moon. 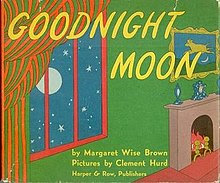 This night was not like any other night. It was so unusual that not one of us bedraggled parents was drinking a goodnight beer. Nor did we repair to the porch to gaze at the stars-and-moon show, which on a cloudless night was panoramically visible thanks to the absence of ground light.

This night we strained to hear American astronauts, Neil Armstrong and Buzz Aldrin, deliver a newscast from the moon on which they walked, or more accurately toddled or wobbled in their moon-suits. We kept silence before, during, and after the broadcast was over for some time. No one commented at all, but our faces shone—alive with wonder. Then we went to bed without comment.

Who knew awe could be so unitive—electrifying and soothing at the same time?

The next morning we told our children what we had seen. A daughter comment offhandedly: “Oh yeah, the man in the moon. I’ll have Cheerios.”

Details and speculations about further space research and travel are available and most beautifully presented in the 7/19 issue of National Geographic. I was fascinated to read about the array of meaningful earthly objects the astronauts took with them into space.
-Alan Shepherd (Apollo 14) hid in a sock a six-iron clubhead, which he attached to a tool handle to hit two balls on the moon. [Wonder if they’re still orbiting, and if so does this count as an everlasting cosmic hole-in-one?]
-Neil Armstrong (Apollo 11) brought a piece of the Wright Flyer’s wooden propeller. [Never forget those on whose shoulders you stand as you make advances into uncharted territories.]
-Deliciously, John Young (Gemini 3) smuggled on board a corned beef sandwich to share with his crewmate, Gus Grissom, who stuffed the treat into his pocket when crumbs began to float around the cabin. [Not till after he got a huge mustardy bite, I hope.]
-Closest to my heart was the offering of Buzz Aldrin (Apollo 11). He brought wine, bread and a chalice to celebrate Communion on the moon before he walked on it. NASA kept a lid on the gesture to avoid negative reactivity, and later Aldrin wondered if he’d done the right thing celebrating a Christian ritual in space. He wrote in his 2010 memoir: “We had come to space in the name of all mankind—be they Christians, Jews, Muslims, animists, agnostics, or atheists. But at the time I could think of no better way to acknowledge the Apollo experience than by giving thanks to God.”

Before Aldrin and Armstrong disembarked, Aldrin asked the ground crew on Earth to keep a moment of silence to contemplate what was happening and to give thanks in their own way. Many future space travelers have memorialized awe in words and gestures of their own traditions.To this day Lunar Communion Sunday is still celebrated at Webster Presbyterian Church in Houston where Aldrin was an elder. Aldrin’s impulse is easy to understand. Only the small of mind and heart would think he was trying to colonize the moon for any one religion!

“In the one-sixth gravity of the moon the wine curled slowly and gracefully up the side of the cup.”  Aldrin wrote.  Here is the cup. Interestingly, he read the New Testament parable of the vine and the branches not the Last Supper  story.

To me his description of the wine's movement is just how the divine Spirit moves about in the world, curling slowly and gracefully—like a snake but neither biting nor poisonous, though it may nip a bit to make sure we are awake.

Future space research and travel will continue I’m sure and, I hope, build a spirit of collaborative awe not competitive grandiosity. The National Geographic article interviewed Russian cosmonauts as well as Americans: “Interestingly, the cosmonauts I met in Russia seemed to share two perspectives with their American counterparts. First, their time in space made them profoundly more interested in protecting the Earth. Second, they think the idea of permanent colonization of space is bonkers.”  (p. 95)

Bonkers indeed. I’ll have Cheerios while I appreciate the lovely moon from right here on this  glorious Earth, praising human ingenuity right alongside divine creativity.