This is a book of truth, It is not pretty; the whole truth about human life rarely is. It is beautiful;  beauty can change the world.

I have just finished this terrorizing yet redemptive read. It’s a memoir written by Craig Miller, a man who suffered from OCD and depression, made a suicide attempt at 20, spent three days in a coma, and experienced an amazing inner shift of perspective—while technically dead. Life won, he says.

This memoir is so emotionally authentic it’s hard to read. Miller writes as if his soul spills out onto the page. Yes, he spares no details about the horrors of what happened to him and of his mental illness, but he does so with no remove. We are in it with him.

At first I thought: This can’t be true! and So how come I believe every word? Then I realized that I had heard such horror stories from clients and in the addictions treatment center where I worked as a chaplain/counselor.  But when you are functioning as the therapist, or the spiritual companion, you can’t plunge into the emotional murk yourself or you won’t be helpful. In fact, you’ll drown. But reading alone in my room allowed me to dive right in with Miller and swim with him. My heart beat for this boy, this teen, this young man. It ached, broke, wept, no sobbed. He prayed, and I did too.

Miller writes graphically about his suicide attempt and his courageous jihad against his mental illness. No one along the way of treatments asked him about what happened!!  His family and friends did not know how to help him. Social attitudes twenty years ago toward bullying, especially for males, were: Get out there and defend yourself, wimp! Rape, suicide, mental illness?—forget it!  Miller’s loneliness was profound, palpable, yet he pursues his search for kindness relentlessly. He is  a fighter.

I knew that he survived and that he is now married with kids, but I had to find out exactly how he got there. This is a suspense-filled story fueled by hope, grit, and grace.

The book is structured around the three days Miller spent in a coma. During those days every single repressed memory reeled by. He came out just enough to know he was in a hospital, but sank back again into a comatose state.

This is not a traditional near-death experience. Although Miller’s brain is dead, he doesn’t experience heavenly peace; nor does he travel anywhere— except backwards into his past. Something functions without his brain. This kind of healing from trauma and mental illness would take years and years of good therapy, plus medications and a community of recovery. For him it takes three days to begin the process toward full healing. All I could think of was the New Testament phrase, predicting resurrection: “. . . and after three days he will rise . . .” God’s time is not our time.

It's true: God makes us whole as we rise, whether before or after biological death. 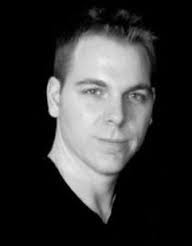 I will not reveal more about the transformation that happens. I will only say that this is the most profoundly spiritual book I’ve read in some time—uniquely so.

Craig Miller writes and speaks his whole truth, and nothing but, about depression, OCD, suicide, addiction, violence and abuse. His work is indispensable to treatment professionals and those with mental illness, but even more so it contributes to the mending of the world, tikum olam, according to Jewish tradition. We need more broken hearts. And we need to eliminate the fear and shame that go with stigmatization, religious and secular, attached to mental illness and suicide. Start by calling survival accomplishment.

Miller has his own saving mantra.

I leave you with mine: The glory of God is the human person fully alive.  Irenaeus of Lyons.
Posted by Lyn G. Brakeman at 7:02 AM No comments: