When I’m in an informal group of women, 2 or 3 but no more than 6 or 7, I notice a phenomenon. It’s enough to die laughing over—or die for.

I only notice it when I stop talking myself and listen—detached from my own thoughts enough to hear the whole.

All the other women talk at once and keep right on talking. It sounds like the proverbial hen or chicken house, but, at closer hearing, it’s not.

Women seem to be able to talk and listen at once. Everyone talks at once, everyone listens and hears at once, and everyone comes away knowing what was said and mostly by whom—and still with her own reflections intact and often enriched or altered by what she has heard. Now that’s amazing! My husband says it's baloney! (He really used another b word.)

It seems to me that the key to this phenomenon is in the breathing pauses. We all do have to breathe after all. Perhaps it is in the breathe that the thread of meaning and content is picked up. How Spirit-uelle.

Of course you might not want to count on such a group in any formal way. Such groups have only one agenda: being together. We’re usually not trying to accomplish a task. I’ve been in groups where we women take turns in an ordered way, a linear way. I prefer the breath-filled chaos.

Learning theories about women suggest that in fact some women learn best by connection or in relationship—in a group. Connected learning. 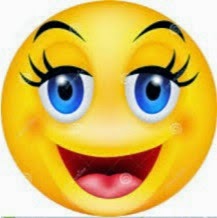 This practice can be risky. Occasionally, a gavel might be useful. Also, basic relational rules, to say nothing of courtesy, suggest that one person should speak at one time, a space should be left, and then a response made. ONe. ONe. ONe. Such rules of conversation work better for my own "sin" of interrupting—usually out of the fear I may not get heard at all, an old conditioned habit.

My spouse, a man, sometimes shouts out, “Stop talking.” He clutches his hands to his head: “I can’t get my thoughts together. You don’t know what I was going to say. Let me finish!”  He thinks I’m interrupting, filling in his blanks. He has a point. I tell him I'm only commenting, interjecting stuff as we go along. To me, I interject as HE goes along. I don't understand why he just doesn't pick up and keep going. “This is a conversation,” I say, and add, “Besides, you go on and don’t stop.”  Then I talk some more, just to clarify—until one of us exits the space.

I mentioned this phenomenon to my male dentist and his female hygienist. She and I laughed. The dentist said: “Tell me about it, I eat lunch with all of them,” and waved his hand, referring to a good-sized all-female office staff.

Perhaps Godde made women multi-task thinkers and talkers needing snatches of breath—a mind on several tracks. It could be a gift to help us hold onto women friends and keep track of children, or even lively canine pets, who dart and race through the world exploring recklessly, in their developing years and beyond. It’s like having antennae.

As we evolve, and gender roles lose their grip, men and fathers might develop this capacity, though I suspect not to the same breathy degree.

Godde the Spirit breathes in us, in each one differently, as any sensitive deity would.
Posted by Lyn G. Brakeman at 10:50 AM 5 comments: