In between aimless transportations of soul— letting myself get lost in the vast expanse of sea, sky, and white sparkling sand of summer— I ground myself in reading. I’ve been reading Richard Holloway’s A Little History of Religion. It is structured in short chapters organized to present, one by one, the story of all the world's religions in historical order. How little I knew. My favorite chapter is our Anglican one of course, “The Middle Way”—how England’s church reorganized itself after the Reformation.

Holloway, former primus of the Church of Scotland now retired and admittedly disillusioned with religion, offers some wisdom, gleaned as a young student from a church history lecturer who began his course with a parable.

“You have a wee son and he’s been out playing with his pals. When he comes home at bedtime his face is filthy, covered in mud from the fields he’s seen playing in all day. When you see the state he’s in, what should you do? You have three options. You can send him to bed as he is and lay his dirty wee head down on your clean pillow case. You can chop off his head. This would get rid of the mud certainly, but you’d kill him in the process and no longer have a son. Or you could give him a bath and clean him up before tucking him in for the night.”

These three choices signal: continuity with no change; change with no continuity; or continuity with some change. The16th century English church chose option three— not to get rid of the established Church altogether, but simply to wash its face, clean up the grime, and go forward with a new Book of Common Prayer and a broader view of authority i.e. no Pope.

In the wake of a successful effort to raise capital in our local parish, there is money, and with money comes opportunity and many decisions—all meaning change. Change could mean change in attitude, change in priorities, change in traditional ways of making decisions, both personal and communal, change in personnel as needed, change of heart, and God forbid, a change in theology, the way we understand God, including words we use to speak about God.  Shivers!

No wonder most of us fear change. Today many of us fear continuity about as much as change.

I have chosen to be an Episcopalian, choosing the "middle way" as much as I can and embracing brave change with some continuity. It’s always messy and always a blessing at once. But this kind of change, ironically, grounds me more deeply in continuity.

Raimundo Panikar ( 1918-2010) Spanish Roman Catholic priest, scholar of comparative religion, and proponent of inter-religious dialogue, puts it the way:  “I left Europe for India as a Christian, and I discovered I was a Hindu and returned as a Buddhist without ever having ceased to be Christian.” 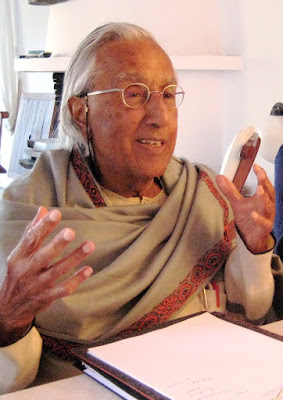 I have read many blog's, books and articles on change but this says it all so poignantly using the two examples of Holloway's middle way and Panikar's tenderness and flexibility for understanding God as he was influenced by many cultures...

I am a bit confused about how the paragraph on capital fits into the article.... ? but I do get that money opens up to opportunities we have envisioned when we raise money...did I get that right?

Yes you did. I think it is in part what Jesus meant when he warned about the love of money. We need it and we know it can fulfill many dreams. My point is that when we have capital we are immediately faced with the 3 options about how to create change with our money.Continuity with no change might mean put it all in the endowment. Change with no continuity might mean to pour it all into one dreamy project without enough careful thought. Continuity with some change is the middle way and I have found it the most fruitful because it pleases no one completely and everyone enough. LOL