After the gasps settled down, I went on to speak of the God I did believe in, though I’m pretty sure many ears were slammed shut to whatever wisdom I thought I was going to impart. I was young and foolish then, you see. BUT now I am old and foolish, and I still do not subscribe to the traditional, and still dominant, imagery and language attached to Divinity: Father, Son, He/His/Him/Himself, King, Almighty, Lord, Prince—masculine images transferred like decals onto Jesus, the post-Easter resurrected one whom we call Christ, the One who has, so far as I know, transcended any gender.

So if you tell me you do not relate, intellectually or emotionally, to a deity that sounds so domineering, patriarchal, and male-gendered, I’m with you.

It’s not as if I want to castrate divinity. I never recall feeling penis envy myself; in fact, it seemed like it could be rather an anatomical nuisance, albeit quite necessary for procreation and pleasure.

For me the telling biblical wisdom about the nature of God is in Genesis in which the Creator-God of the cosmos (not just our own earth, sun, moon and stars but multiple universes) made  life happen in many forms—suns, moons, stars, seas and all lands, vegetation, nature and human nature (male and female, and every combination thereof.)

Do  you think divine creativity stopped with our galaxy? Do you think God meant to create rigid rank-ordering of biological life? Or did God, simply and deeply, potentiate evolution? Later, Darwin, a faithful man himself, would verify this process and prove that the test for survival was not fitness but adaptability. We are now adapting to an enormously wider and deeper view of BIO-LIFE and of GODDE.  Have we forgotten to look at the stars? 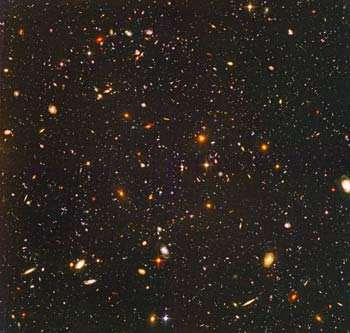 In 2016, Americans elect a new president who will put his or her hand on the Holy Bible and swear in God’s name. To what? The American dream or God’s dream?

Republican presidential contender, Donald Trump, waves his Bible around – though he is apparently unable to name a single verse from it when asked – and talks a lot about making America great again and the threat from Islam. The other Republican front runner, Ted Cruz,  knows his Bible well—well enough to apply it rigidly to reinforce his conservative social agenda. And that speaks volumes about what sort of faith it is that most Republican believers actually believe in. Little wonder, as Professor of Ethics, Stanley Hauerwas, commented, that America doesn’t produce interesting atheists: they don’t have a God interesting enough to deny.

America would never nominate or elect a president with no religious faith, preferably Protestant. America itself has long been its own civil religion. Often I wonder if we worship America first, God second, or not at all.

Giles Fraser, writing in The Guardian (3/30/16) wrote: “When the Pilgrim Fathers got in their little boats and sailed to the new world, they took with them a narrative that had begun to build in England, that the protestant English were actually the chosen people. America, then, was to be the new Israel. The pilgrims had landed safe on Canaan’s side, the promised land.

“In other words, America became its own church and eventually its own god. Which is why the only real atheism in America is to call into question the American dream – a dream often indistinguishable from capitalism and the celebration of winners.”

Which deity is worthy of your atheism?

It doesn’t matter to me what you choose, really, because I know that you have lived and loved well; you have kept faith in yourself through many shattered expectations and crushing disappointments. Some atheists wonder how Jesus, a mere human being, could be so divine, so worthy of deification. Maybe Jesus is not the only christ?  Here’s a poem written into someone’s soul. It reminds me of you, dear atheist friend.

I don’t tell you how much it matters to me that you are my friend.
I’ll never tell you, bluntly and face to face. I can’t summon words
That way. They only come to my fingers occasionally if I’m silent
And just quit thinking. Our fingers are a lot smarter than we know.
Like today when my fingers want to say something like: your gifts
To me have been ears and humor. We speak some strange language
That few other people speak. I don’t know why that’s so. It’s surely
An accident. It’s not like we set out to find each other in the tumult
Of this sweet wilderness. But we did somehow. You can put names
On the finding if you want. The names all mean the same thing. An
Old name is Providence, which is another way to say God, which is
A way to say We Have No Idea How, But We Are Aware of Grace.
There are more names for God than we’ll ever know, and one is you.
Brian Doyle, A Shimmer of Something, published with permission
Posted by Lyn G. Brakeman at 1:22 PM

Jack Spong has been saying he's think kind of a-theist for years and has gotten all sort and manner of grief for it. I stand with him - and you - as just such an a-theist. Honest to God!

Honest to God for sure. Thanks and I see you love grandmothering just as I do when I get the chance.