Well, that’s a good question. Donkeys are not the most glamorous animals, but they might be the most faithful. On many occasions in the Bible donkeys play a key role. Look up the biblical story of Balaam’s Ass about a donkey who knew better than his master did. (Book of Numbers, chapter 22)

Horses are much more sexy of course—speedier and more graceful than the poor old dull-grey donkey. Still, the donkey carries heavy loads along often treacherous roads and does it with valorous grit. 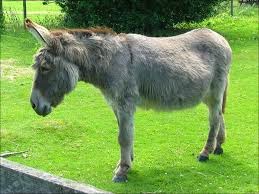 In Christian story, the donkey carried a very pregnant Mary of Nazareth on its back, trekking from inn to inn, tirelessly seeking a place where Mary could give birth to Jesus. And again, it was a donkey who carried Mary, now cradling the infant Jesus, from Bethlehem back to their hometown Nazareth to comply with the census regulations for taxation. Joseph led the donkey who followed with trust. And Palm Sunday, often called triumphal, featured a donkey carrying Jesus through the Golden Gate, also called “Beautiful”,  into Jerusalem to face trial and execution. No one suspected such an outcome—except Jesus, and perhaps the devoted donkey.

But who really loves a donkey?

I know one lovely woman who would. She is my second daughter Jill. Today is her birthday. She would love and care for the donkey, maybe even before the people. An attorney by profession, Jill would represent animals pro bono if the need arose. Since childhood, she’s been as faithful to her passion for animal life as the donkey has been to its role as the carrier of burdens.  But do animals love back?  Jill tells me they do in their own ways—through grace by faith. (Jill, in consultation with her horse, Smokin' Gun) 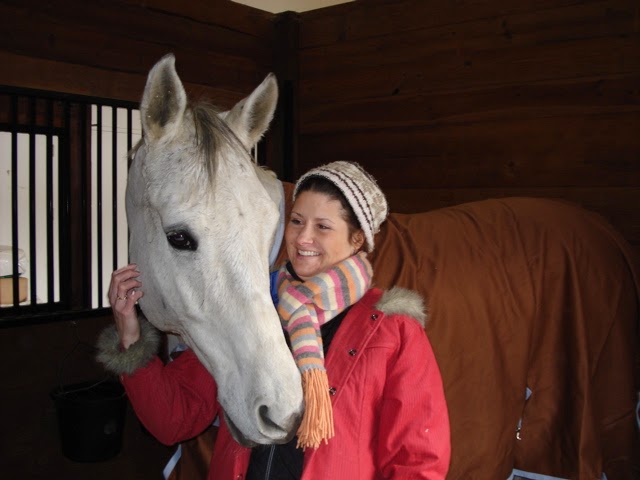 The Poet Thinks About the Donkey
by Mary Oliver

On the outskirts of Jerusalem
the donkey waited.
Not especially brave, or filled with understanding,
he stood and waited.

How horses, turned out into the meadow,
leap with delight!
How doves, released from their cages,
clatter away, splashed with sunlight.

But the donkey, tied to a tree as usual, waited.
Then he let himself be led away.
Then he let the stranger mount.

Never had he seen such crowds!
And I wonder if he at all imagined what was to happen.
Still, he was what he had always been: small, dark, obedient.